Picking out the bad boys

Here's the Editorial to the August 2013 issue of JIPLP.  For once it's not guest-edited by a member of the JIPLP editorial board but is actually written by the Editor in Chief, Jeremy Phillips. It runs like this: 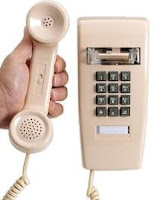 We live in a topsy-turvy world in which things have a habit of changing. Forty years ago, back in the early 1970s, it was unthinkable that the mighty edifice of the Soviet Union might crumble, that same-sex marriage might be legitimized, that a Pope might be elected from outside Italy or that China might be out-competing her western competitors in the free market. Popular songs still recognizably had words, telephones were attached by wires to unmoving sockets, a long-playing gramophone record offered the convenience of 20 minutes or thereabouts in listening time before it required attention and most people still depended for their news on the publication and purchase of daily newspapers.

In intellectual property terms, it may appear that there have been far fewer changes, and the changes which we have seen have been far less radical. The major moves towards harmonization and closer co-operation between nations from which we now benefit were either in their prototype phase or at any rate on the agenda four decades ago, and commercial activities such as brand licensing, business format franchising, character merchandising and technology transfer were not markedly different from the form they take today. Likewise, in the field of dispute resolution, the reform of tortuously slow and undesirably expensive litigation has taken place at a snail's pace and, while arbitration and mediation may become more or less fashionable, they are not radically different now from the form they took in 1973.

There is, however, one area in which change has been substantial: that is in our characterization of ‘good guys’ and ‘bad guys’. Back in 1973, it was easy to identify each, and our sympathies lay, quite properly, with intellectual property owners as the ‘good guys’. Was it not they who fought, tirelessly and at great cost, to stem the tide of counterfeit and infringing products? Was it not they who ploughed their resources, their effort, their vision into the development of new products and services and the creation of entire new industrial and commercial sectors?

How things have changed! Within almost every field of commercial endeavour, the IP owners are on the defensive.

Pharmaceutical companies, once praised for their fight against illness and disease, are now castigated as profiteers who play to the ailments of the rich man's world while neglecting the conditions suffered by the poor in developing nations who cannot afford their products; they are also excoriated for seeking to prevent the free movement of goods between countries in which they have no patent protection. Owners of brands for consumer goods are held responsible for the often unspeakable and dangerous conditions in which labourers toil to make their products. Copyright collecting societies are condemned for seeking to extract unreasonable royalties for the use of their members' works, notwithstanding the sums actually received by their members. And now patent owners face the wrath of President Barack Obama if they fit the description of ‘non-practising entities’, better known by their derogatory label of patent trolls.

Meanwhile, things are looking up for infringers, if they are not quite everyone's darling, nor are they the bogeymen they once were. Suppliers of counterfeit products to poverty-stricken African jurisdictions are seen as providing a welcome service to the consumer who cannot come close to affording the ‘real thing’. Traders in grey goods are viewed as merely taking advantage of the competitive conditions of the free market, even if the goods in which they trade do have an unfortunate habit of entering markets for which they were destined, should the IP owner take his eye off them. Copyright infringement in the era of the internet has almost become a duty and the notion that the law should be changed to reflect what people actually do—a notion that would seem preposterous in many other fields of human conduct—is openly discussed and endorsed.

The clock cannot be turned back. Nor can we reject the new technologies that have brought us so many benefits. However, we should ask ourselves why, as a society, so many of us appear more preoccupied with the alleged sins of the intellectual property owners who have brought us so many benefits, rather than condemn and seek to eradicate the harmful conduct of those whom the law classifies as infringers.