A recent judgment of the Athens First Instance Court in preliminary injunction proceedings over trade mark infringement illustrates how the principle of proportionality may be (mis-)used.

Within a ‘classic’ likelihood of confusion and famous trade mark violation case, the interesting part of the judgment lies in the court's interpretation of Article 155 of Greek Law No 4072/2012 on Trade Marks, which subjects any corrective measures for trade mark infringement to the balancing ‘hand’ of the principle of proportionality, in conformity with Articles 3(2) and 10(3) of Directive 2004/48.

Proportionality is no stranger to European intellectual property law (see Article 20 of the ‘InfoSoc’ Directive 2001/29) and it also informs the application of Articles 692(1), 692(3), 731 and 732 of the Greek Code of Civil Procedure, setting out the powers of Greek judges in temporary relief proceedings to ‘provisionally regulate’ the disputed ‘situation’, without being bound by the particular demands of the litigants. However, the express inclusion of the principle of proportionality in the normative ethos of the recently revised Greek trade mark law, centralizes its role in trade mark adjudication. 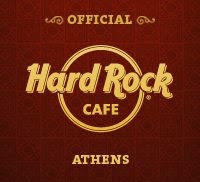 Hard Rock initiated preliminary injunction proceedings against a Greek entity, based in Athens, trading in apparel, accessories and souvenirs on the well-known Paradise beach in the island of Mykonos. Hard Rock alleged unauthorized use of its Greek and Community HARD ROCK CAFE and Community ROCK SHOP trade marks for similar goods and services and on store signage. The action was accepted and the preliminary injunction request was granted, but the court dismissed the applicant's request to publish the decision either on the internet (in a web news portal) or in the press. According to the court, the defendant had ‘already’ (presumably at the time of the hearing in November 2013) ceased the unauthorized use of the marks. Accordingly, the orders for preliminary injunction and seizure of infringing items constituted ‘adequate’ corrective measures. Publication of the judgment was further specifically denied due to the ‘limited scope’ of the infringement, obviously as a result of the cessation of the infringement.

One can reasonably question this particular part of the judgment. ‘Heralding’ that it has stopped the alleged infringement, after the end of the high-season in the Greek islands (May–September), the defendant should not have impressed anyone. The minimal commercial interest in the tourist market in the Greek islands after September is common knowledge in Greece; just ask any anti-counterfeiting manager responsible for the territory. Post-September trade mark infringement in the Greek islands could be of ‘limited scope’, but infringement between May and September is by definition severe. Significantly, Hard Rock filed the action in early July, which can only mean that the infringement subsisted within the high season.

Moreover, why would anyone who has ceased the use of the claimant's marks ever set foot in the courtroom (unless he is waiting for next May)? Conventional wisdom and IP practice in Greece state that taking down marks and then appearing in court to argue against an injunction is usually a sign that one does not particularly savour committing oneself to not repeating the use of the marks in the future.

One may argue that the qualities of the infringing behaviour should not inform the application of proportionality and render it a ‘punitive’, ‘outing’ mechanism. So, why does the judgment mention it?

But even if that were the case, publication of the judgment is per se a standard corrective measure of trade mark infringement, even in temporary relief proceedings. Considering that trade mark law undeniably also protects consumers' interests, publication has long been advocated and consistently granted as an effective remedy for IP infringement. Moreover, Greek trade mark law, via its recent revision in 2012, explicitly provides for publication of judgments as a civil remedy in trade mark infringement cases. In addition, privacy concerns cannot hinder publication since court judgments are a matter of public interest, subjected to the demand for transparency of the exercise of the judiciary powers within a democratic society.

Accordingly, publication of a preliminary injunction judgment can essentially be hindered when the case is a doubtful one or when the impact of the infringement has indeed been minimal. But non-publication cannot be justified by the defendant having ceased the use of the marks involved. Moreover, by all standards, the infringing use of a well-known mark both on goods and store signage in Mykonos in the summer is anything but minimal.

In addition, the order for the provisional seizure of infringing items and store signage, which had already been removed by the defendant, appears acutely incompatible with the court's own reasoning. The version of proportionality inferred from the particular judgment should direct the court against such (fruitless) seizure.

The court may very well have had good reasons for rejecting the publication request, but such reasons are not evident in its reasoning; nor can they even be inferred from it. The court makes no reference, for example, to a possible swift compliance to a cease and desist letter before legal action, or any fact or circumstance that could validate its reading of proportionality.

Proportionality is a tool. This is not a very nice word in the human rights vocabulary, from which proportionality originates but, in adjudication terms, it is a very accurate definition. As a tool, it allows the court of a statutory law jurisdiction to ‘maneouvre’ within the particular factual environment of the case in order to deliver a sound and fair judgment. But ‘fair’ does not mean ‘free-ride’ (at least not in cases where leniency is not warranted); proportionality is not a ‘forgive and forget’ mechanism.

And this is where the danger of an interpretation of proportionality along the lines of this judgment lies: in distorting its role as a balancing tool of overly strict corrective measures and subverting the clear pro-IP rights spirit of the Greek trade mark law.

One may argue that the concerns raised above are somewhat ‘disproportionate’ themselves; this may just be an isolated ‘over-leniency’ case. But one cannot stress enough the importance of not mistaking proportionality for a single-sentence escape mechanism when, right or wrong, any court considers certain remedies as overly austere.

In defence of Greek courts, it should be mentioned that in another recent judgment of the Single-Member First Instance Court of Athens in main proceedings (555/2014), proportionality was genuinely employed to limit publication of the operative part of the judgment in the press and not also on the internet. Publication on the internet might have been more effective. Still, this judgment illustrates the intended role of proportionality.
Posted by Jeremy at Monday, August 04, 2014