The impact of the Intellectual Property Enforcement Directive on national litigation: Part I

"The impact of the Intellectual Property Enforcement Directive on national litigation" was the title of the long-awaited JIPLP-GRUR Int seminar held today in the lovely London office of Taylor Wessing LLP. The star of the seminar was of course the IP Enforcement Directive (or, to give it its full name, Directive 2004/48/EC of the European Parliament and of the Council of 29 April 2004 on the enforcement of intellectual property rights, available with Corrigendum here) -- but  we are pleased to report that the speakers shone too. 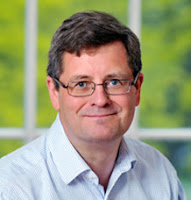 Following welcomes by Tim Pinto (Senior Counsel. Taylor Wessing, London), Jeremy Phillips (Editor, JIPLP) and Gert Würtenberger (President, GRUR), the floor was given over to the first speaker, Michael Edenborough QC (Serle Court, London). The Directive had failed, said Michael, since it has not brought the remedies which it mentions into harmony within the EU. The UK did very little to implement it, since it considered that its law was more or less compatible already; while acknowledging that the text contained some unclarities, the UK government stated that it did not intend to clarify them. The Directive (which the government did not seem to have read before its last-gasp implementation in April 2006) was unusual in that it had more recitals than Articles -- and that it contained no definition of "intellectual property".  Would domain names be included, for example, or trade secrets? Since the Directive has no explicit "outer boundaries" as to its ambit of application

Article 3, said Michael, was the "biggest waste of space" that had ever appeared in a Directive, as it states the blatantly obvious (try inserting the word "not" ahead of all the things listed as requirements of IP remedies and you'll see).

Turning to Article 6 and the production of evidence, Norwich Pharmacal relief in England and Wales might be wider or narrower than that required by the Directive, depending on the circumstances. Article 10 is unclear too: it provides for the recall of goods, but it's not expressed as to whether that recall might be required (i) for goods to which the defendant no longer has title or (ii) in respect of goods already deemed to infringe or those involved in provisional proceedings.

But the biggest problems in the UK relate to Article 13 and damages, where the Directive has been adopted verbatim but no-one has paid attention to it or knows what it means.  Hardly any cases in the UK deal with the actual mechanics of damages, and the implementation of the Directive has been by secondary legislation which has received little scrutiny with regard to its meaning.  Can you get multiple recovery, getting compensatory damages AND an account of damages AND a licence royalty? The language is puzzling, since we have no idea what "moral prejudice" means.

Publicity for court orders relating to infringements is a "Peter Pan" provision that has attracted a lot of attention but in practice has boiled down to almost nothing -- and appears to be covered by UK law anyway [those interested in publicity for non-infringements might be amused to read this classic account of the battle between Samsung and Apple on the IPKat here].

The seecond speaker, Wiebke Baars (Taylor Wessing, Hamburg), addressed the changes that Germany had to make in adopting the Directive, particularly with regard to disclosure/discovery -- which did not previously exist under German law.

Wiebke mentioned Article 9, on provisional and precautionary measures, which required specific implementation, and Article 11 on injunctions, explaining in each case how Germany dealt with these issues before and after the Directive. When it comes to dealing with liability of and remedies against online intermediaries, Germany has a huge body of case law. Some of it is quite beneficial to intermediaries and "interferers", sparing them from having to bear a duty of care and from having to monitor all content for infringers.  The Federal Supreme Court and lower courts do not appear to be very fond of the internet: restrictions placed on internet intermediaries in Germany may go further than is sanctioned under European law, she added.

Looking at actual case law, Wiebke explained that Germany operates a notice-and-take-down policy and there is no internet access provider liability in the absence of notice. Access providers are neutral and socially approved, so their activities can't be curtailed, or access blocked, without specific legal provisions. The Court of Justice of the European Union has invoked the InfoSoc Directive in tandem with the Enforcement Directive in establishing a flexible means of balancing the contrasting fundamental rights of IP ownership, access to information, freedom to trade and so on.

In terms of damages, Wiebke echoed Michael's sentiments, adding that, as the German law stands, plaintiffs have to opt for which type of pecuniary award they want, as in the UK. There was no provision for punitive damages. Nor is it known whether notional royalties can be combined with other pecuniary relief. Moral damage, as distinct from material damage, was another issue to consider: to what extent can they be recovered -- and is there any overlap with other forms of damage for infringement of privacy and publicity rights.

At this point, the seminar adjourned for coffee and a chance to chat!
Posted by Jeremy at Tuesday, September 08, 2015