The Panda Plan and the March issue

The March 2011 issue of the Journal of Intellectual Property Law & Practice (JIPLP) is now available online to subscribers.  The contents -- which are available to everyone -- can be viewed here.  The Editorial for this issue takes a look at recent IP-oriented developments in the world's fastest-growing economy, China. It reads like this:

The world now knows—or should know—that China's legions are on the march. On 27 October, the fifth plenary session of the 17th Chinese Communist Party Central Committee considered and passed a set of Proposals for the National 12th Five-Year Plan for Economic and Social Development. The Proposals emphasize the importance of invention and creativeness, both of which are said to be essential for China's continued economic success. Special mention was given to the role of independent innovation, especially in core and common technologies, to help promote scientific and technological breakthrough. The Chinese, taking a leaf from the USA and some other developed jurisdictions, also plan to make the machinery of enterprise run more smoothly by fostering market and industry–research–university partnerships.

Protection of IP rights was mentioned too, as playing a ‘vital role’ in ‘encouraging independent innovation and optimising a favourable environment for innovation and invention’. Protection is not surprisingly ‘also beneficial to reducing international IP conflicts’. 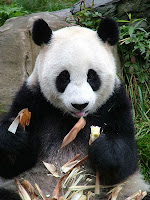 IP policy in China is a bit like the panda. Both IP and the panda are perpetually under threat, and both survive on a highly specialized diet: the panda eats nothing but bamboo shoots, while IP is fuelled by an often scarce commodity called enforcement. Also, pandas seem to manage to reproduce quite well in China but do not do so well abroad; likewise, many Western luxury and high-tech goods have a high rate of reproduction in China but are rarely economical to mass-produce abroad. Curiously, Chinese management of pandas in the overseas market is not dissimilar to IP exploitation: they are leased out at a reported rate of $1 million per annum and all rights in them and in their genetic material are believed to be reserved to the Chinese.

Most significantly, Chinese IP policy in the 12th Five Year Plan resembles the panda in that both have their black spots. However, while those on the panda are part of its aesthetic charm, those in the Plan need attention. Two such black spots deal with expectations. However good may be the intentions of the Chinese Communist Party Central Committee, there remains a commonly held expectation on the part of foreign IP owners that their rights are difficult or impossible to enforce and that forging a joint venture with a local enterprise is not so much a golden opportunity to grow and share wealth but a sort of damage limitation exercise. There also appears to be an expectation on the part of many talented and successful Chinese entrepreneurs that, since they are creators of employment and prosperity at the local and national level, the various measures of enforcement that might be brought against them will be more in the manner of measures of admonition and light compensation than serious impediments to their continued trading.

This may no longer matter. The sheer momentum of China's ascent to a pinnacle of manufacturing and innovation excellence, and the ample availability of local capital, have done more to free China from undesirable foreign influences than did decades of isolationism. Moreover, the Chinese can increasingly point to litigation in which local businesses have successfully sued foreign infringers and recovered handsome damages. The infusion of non-Chinese investment cash and know-how into the Shenzhen technology transfer zone and similar destinations in the 1980s, plus the absorption of commercial skills from Hong Kong and Macau in the 1990s, may have triggered the movement towards China's technological emancipation, but the subsequent chain reaction has left the achievements of those early days far behind.

While criticisms may still be heard of the IP enforcement process in China (and how many countries escape such criticism?), it is probable that China will visibly raise the level of its IP protection at the point at which the demand for it is spearheaded by the Chinese themselves, when it is they who regularly complain of shoddy counterfeits and grey imports, the difficulties of obtaining adequate pre-trial relief, the invalidity of each other's granted rights, and the refusal of competitors to divulge information concerning their manufacturing processes. Once this happens, the rising tide of protection should come to the aid of foreign rights holders too—if by then they are still in business".