Although June is still a relatively young month, the online version of the July issue of the Journal of Intellectual Property Law & Practice (JIPLP) is already available to subscribers. The contents page for this issue can be checked out here, by subscribers and non-subscribers alike. And here's a reminder: even if you aren't a subscriber, you can purchase short-term online access to articles, current intelligence notes and reviews. This month's editorial looks at Africa, and in particular at the question whether the African IP professions are wise and mature enough to be able to decide for themselves what their shared interests are. 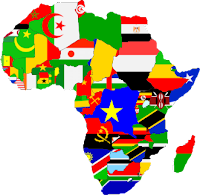 "IP in Africa: who controls the agenda?

Depending on how you count them, Africa has somewhere in the region of 60 countries. The continent is by no means homogeneous, whether measured by political, geographical, religious or industrial criteria, but its wildly differing jurisdictions share one common characteristic: they are not regarded as being sufficiently responsible to determine what is in their best interests in terms of intellectual property.

A year ago, following the elimination of an African Regional Session at the massively popular and highly influential International Trademark Association (INTA) Meeting in San Francisco, a group of African practitioners met and determined that it would be a valuable exercise to come together as Africans and share their experiences in dealing with IP problems that were common to them: fighting counterfeits in court, encouraging and protecting investment in innovation and technology transfer, seizures and border measures, the gulf between relatively modern substantive laws and antiquated procedural rules—these and more were to be reflected in their agenda.

Following a commendable degree of thought and planning, as well as the securing of funds from various sources to support their endeavour, an impressive programme was put together. The proposed speakers were African, as were the topics. This event, scheduled for April 2012, never took place. Following the proposal of a counter-programme, based on the so-called development agenda, the South African government withdrew its support, the venue was lost and, with it, the chance for African IP practitioners to exercise their right to come together as responsible professionals and share their expertise.

Writing at a distance from the events leading up to the cancellation of the African IP forum, but having seen both sets of programmes, I find it easy to see why African practitioners at this year's INTA Meeting came together to express so much anger and frustration. It appears as though they are not considered sufficiently mature to recognize the importance of IP in Africa, or even to form their own conclusions regarding the functions which IP rights can perform within a developing continent. It is frankly insulting to expect qualified practitioners to be made to sit and listen for three days to the importance of exceptions and defences to IP infringement where it is scarcely possible in many cases to achieve any degree of enforcement at all. It is embarrassing to expect them to listen to an audience of theoreticians from the developed world pour out their patronizing patter on the dangers of IP and its threat to traditional practices and values.

Africa is not a basket case. The continent consists of more than deserts, safari parks and colourfully-robed chieftains and painted dancers waiting to be told by NGOs what they must do and how to ask to be paid when pharmaceutical companies use the secrets of their leaves. Africa is the continent of Nollywood, of a vibrant and creative music industry, the home of prize-winning literary talent and of the branding and licensing of some of the world's finest coffees.

This is not to say that there is no place for a development debate. WIPO's development agenda is more subtle and many-faceted than many of its critics are prepared to concede. But an African IP practitioners’ forum is simply not the place for that debate. Imagine if the members of practitioner-driven organizations outside Africa, such as the AIPLA, ECTA, CIPA or GRUR, seeking to share their technical solutions to legal problems, were told by outsiders that they were mistaken to do so and that they should be concentrating instead on broader policy issues. Would they not be confused, surprised and possibly even outraged?

Within Africa there is a resolve to try again and, ideally with the benefit of more consultation and better communication between members of the practitioner community regarding its content and function, to present a refreshed version of this year's lost programme. This journal hopes fervently that its organizers will succeed".