It's my party and I'll cry if I want to

It's my party and I'll cry if I want to

So run the lyrics of one of the defining songs of the early 1960s, sung by New York-born Lesley Gore and the subject of many cover versions. The party in question, a birthday party in which the singer recites her humiliation when boyfriend Johnny leaves her for another girl, Judy, is of course nothing to do with Sweden's Pirate Party, though it was in Sweden that the largest number of cover versions of that classic were recorded. 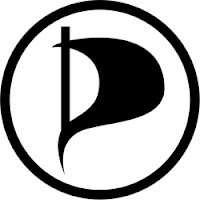 What is the Pirate Party and what does it stand for? Founded on 1 January 2006, it is the fourth-largest party in Sweden and has inspired or given rise to parties with similar names and objectives in Europe and worldwide. The party strives to reform laws regarding both copyright and patents, maintaining that issues such as the patentability of computer software are political rather than technical legal issues. It also supports a strengthening of the right to privacy, both online and in the real world, as well as greater transparency of government. While the prosecution and conviction of the Pirate Bay was an obvious focal point for the party's campaigning, it is less widely appreciated that, at the time of writing, the Pirate Parties of Sweden and Germany had made formal submissions to the European Patent Office concerning the referral of questions relating to software patents to the Enlarged Board of Appeal in Case G 3/08.

The Pirate Party is not the first movement in history to have been motivated by IP issues. The Luddites in nineteenth century England were concerned to prevent the introduction of innovative manufacturing machinery into the increasingly automated textile industry. There are, however, vast differences between them. While the Luddites were a popular movement, they were unable to engage with the political system from which they were disenfranchised, while the Pirate Party utilizes the regular political apparatus of state in order to harness the power of a mainly young, apparently apathetic, culturally aware sector of the electorate. Another difference is that, while the Luddites sought in vain to turn back the tide of new technology, the Pirate Party views innovation as a surging wave and seeks to ride its crest.

What is the proper response of the IP sector to the Pirate Party? Since it works within the law and seeks to amend the law by lawful means, calls to ban it are futile and misconceived. One can simply wait and hope that, in the fullness of time, those who demand the freedoms which IP restricts will grow up to own the rights which now they wish to attenuate. This too is a forlorn expectation, since the Pirate Party's constituency is a renewable resource: a new generation of young idealists will replace those who graduate to middle-class, middle-age stolidity. There is only one response: to engage the Pirate Party in dialogue and to match its every point with the counterpoint of a better argument.

Who will make this response, and when? It is difficult to debate the Pirate Party on account of its dual role as social movement and political party. It listens to, and derives its authority from, a community of file-sharers, music-lovers, film-watchers, and exponents of risk-free, easy, and enjoyable uses of digital works. Yet it speaks to, and discusses issues with, other political parties whose agendas are so much longer and more sophisticated that they fail to treat the Pirate Party seriously.

The message is therefore clear. If we do not support the Pirate Party's aims, we must engage it in debate and oust it from the moral high-ground which it currently seeks to occupy. We must explain why we need to restrict access to, and control the use of, digitally recorded works. We must prove that software patenting, within the existing limits or beyond them, are justified. If we cannot produce a better and more persuasive case, we deserve to lose the argument.
Posted by Jeremy at Thursday, June 18, 2009