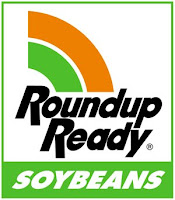 "Purpose-bound protection for DNA sequences: in through the back door?" is the title of an article by Michael A. Kock (Seeds & Biotechnology, Syngenta International AG, Switzerland). This article is extremely timely, being a lengthy critique of the Opinion of Advocate General Mengozzi in Case C-428/08 Monsanto Technology LLC v Cefetra BV and others, an Opinion on which the Court of Justice of the European Union will be giving their ruling later this year on an important dispute arising from the importation into the European Union of soya meal derived from Monsanto's Roundup Ready patented soybeans. The abstract of Dr Kock's article reads as follows:

"Legal context: In the first litigation case regarding the interpretation of the Biopatent Directive 98/44/EC, the European Court of Justice is asked to clarify whether a DNA sequence is entitled to patent protection as a compound as such, or only under circumstances where the DNA performs its function.

Key points: Advocate General Mengozzi issued an opinion concluding, ‘"that the protection for a patent relating to a DNA sequence is limited to the situations in which the genetic information is currently performing the functions described in the patent’", thereby arguing for both a purpose-bound and time-limited scope of protection. In his view, the Directive constitutes an exhaustive body of rules and precludes national legislation from conferring wider protection.

This interpretation finds no base in the legislative history of the Directive, which was intended to extent but not to limit protection for biotech inventions.

Practical significance: A ruling following the opinion would have severe consequences for EU biotechnology patent holder. Not only isolated DNA will become unprotected, a patentee would also lose rights against the importation of harvested goods produced outside the EU without his authorization".

If you are not a subscriber to JIPLP, you can still purchase this article by itself from Oxford University Press by clicking here and scrolling down to "Purchase short-term access".
Posted by Jeremy at Thursday, June 03, 2010