The Patents Court of England and Wales has confirmed that there is no free-standing right to repair in patent law, and has provided useful guidance for assessing whether repairing or reconditioning a patented product amounts to patent infringement.

By s. 60(1)(a) of the Patents Act 1977 a product patent is infringed by making, disposing or offering to dispose of, using or importing the protected product, or keeping it for disposal or otherwise, without the consent of the patentee. This is a wide range of activities, but the concepts of repairing or reconditioning products are not specifically addressed in the Patents Act. Accordingly it is necessary to decide whether these acts constitute ‘making’ a patented product. 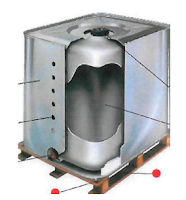 This case relates to a type of container, used for transportation of liquids, known as an intermediate bulk container (IBC). This consists of an outer protective cage and a removable plastic inner bottle in which the liquid is held. In some IBCs, the bottle can be replaced when it becomes unusable. IBC manufacturers sell replacement bottles, but there is also a market for replacement bottles produced by manufacturers other than the manufacturer of the original IBC. Delta reconditioned used IBCs by removing the old bottle, repairing the cage as appropriate, and fitting a new bottle. Delta purchased its replacement bottles from Werit, the first defendant. The reconditioned IBCs were then sold in competition with the original manufacturers' products. 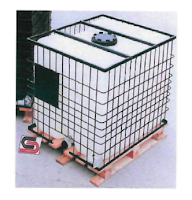 Both the Court of Appeal and the House of Lords rejected Screen Services' defence based on an implied right to repair. Lord Hoffmann explained that, for the purposes of patent law, the notions of ‘repairing’ and ‘making’ are mutually exclusive. Any right to repair is therefore nothing more than a residual right, forming part of the right to do whatever does not amount to making the product. The correct test was ‘whether, having regard to the nature of the patented article, the defendant could be said to have made it’. Lord Bingham explained this further, holding that ‘In any action brought by a patentee alleging infringement the crucial underlying question must always be whether what the defendant is shown to have done has deprived the patentee of the full rights to which his patent entitled him’.

The judge in Schütz v Werit, Floyd J, interpreted United Wire as meaning that ‘the correct approach is to ask whether, when the part in question is removed, what is left embodies the whole of the inventive concept of the claim’. Floyd J noted that, if this test was applied to the facts of United Wire, the same conclusion would be reached, because the invention in that case was a combination of both the frame and the mesh.

Applying this approach to the facts, Floyd J concluded that replacing the inner container of a Schütz IBC with a Werit bottle does not amount to making a product which fell within the scope of either patent. This was on the ground that, unlike the situation in United Wire, the inventive concept of the patents resided entirely in the cage, rather than the bottle. After removal of the bottle, the cage still embodies the whole of the inventive concept, and accordingly the addition of a new bottle to an empty cage did not fall within the scope of the patents' claims. The patents were therefore not infringed.

There is no free-standing right to repair in patent law. Instead, the issue of whether repairing/reconditioning a patented product amounts to patent infringement must be assessed by considering the particular activities of the repairer in the context of the patent. In most cases, the answer will be straightforward, although in some instances it may be difficult to assess whether the inventive concept is embodied only in the retained part or is a combination of the retained and replaced/repaired parts.
Posted by Jeremy at Monday, November 15, 2010

Email ThisBlogThis!Share to TwitterShare to FacebookShare to Pinterest
Labels: patents, right to repair