The ECJ interpreted Article 6(1) of Directive 2006/115, which allows Member States to derogate from the exclusive rights provided in respect of ‘public lending’, provided that authors receive a remuneration, holding that such remuneration cannot be purely symbolic and must be determined on the basis of the number of both the works made available and of the users of the public establishment suitable for the lending. 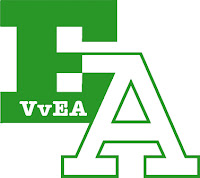 The concept of lending is clarified in Article 2(1)(b) of Directive 2006/115 as ‘making available for use … when it is made through establishments which are accessible to the public’. Article 3(1)(a) inter alia gives authors the right to authorize or prohibit the lending of their works. Lending is not a lucrative activity as it should be carried out ‘not for direct or indirect economic or commercial advantage’ of the person to whom the lending right is granted (Article 2(1)(b) of the Directive). For example, a public library may wish to offer book-related services, and in particular to lend books to people to read outside the library, eg at home, for a certain period of time. In order to do that, the public library should obtain from the author or the person to whom the lending right has been granted a specific authorization. Such lending activity, not being lucrative, cannot give the library an economic benefit which goes beyond that which is necessary to cover the operating costs of the establishment (Recital 11 of the Directive).

In this case, the ECJ interpreted Article 5(1) Directive 92/100 (now Article 6(1) of Directive 2006/115, to which subsequent reference is made). This provision allows EU Member States to derogate from the exclusive rights offered to authors in respect of ‘public lending’, provided that authors themselves receive remuneration. Member States are free to quantify the amount of such remuneration, taking into consideration their cultural promotion objectives. Member States can thus take advantage of this provision by allowing public establishments to make available to the public a wide range of works (eg books) without requesting any authorization from the author (so long as remuneration is paid to the latter). The rationale behind this proviso is to incentivise and promote the diffusion of culture. Paragraph 3 of Article 6(1) of the Directive provides that Member States may exempt certain categories of establishment from the payment of the remuneration.

These provisions had been implemented in Belgium by the Law of 27 July 1994 on copyright and related rights and by the Royal Decree of 25 April 2004. In particular, Articles 23(1) and 47(1) of the Law provide that the authors cannot prohibit the lending of their works when such loan is organized for education and cultural purposes by public institutions and by organizations officially recognized for that aim by public authorities; however, authors must receive remuneration for the loan of their works (Article 62(1)(2) of the Law). As for quantification, according to Article 4(1)(2) of the Royal Decree, the quantum is fixed on a flat rate basis at € 1 per year and per adult and at € 0.5 per year for each minor. The quantification is therefore based exclusively on the number of borrowers annually registered to the lending institutions. Article 4(3) of the Decree also specifies that, if a person is registered to more than one lending institutions, the amount of remuneration must be paid only once.

This reference to the ECJ originated from the request for annulment of the Royal Decree made by Vewa, the Belgian copyright management society, before the Belgian Council of State (Raad van State). According to Vewa, the Royal Decree contravened the provisions of the Directive on remuneration. The Belgian Council of State decided to stay the proceedings and referred the case to the ECJ and asked that court whether Article 6(1) of the Directive prevents the fixing of remuneration the amount of which is exclusively based on the number of borrowers of the works.

The ECJ focused its attention on three main issues: (i) who should pay the remuneration, (ii) how much they should pay, and (iii) the criteria of quantification.

The ECJ first noted that Member States have a wide range of discretion in determining the remuneration and that regard should be had to their cultural promotion objectives (see Article 6(1) of the Directive and paragraphs 35 and 36 of the ECJ decision). Despite this freedom, the Court clarified that the amount of the remuneration to be given to the author cannot fail to take into consideration the harm suffered as a consequence of the lending of his works. It follows that such remuneration should take due account of the extent to which those works are made available to the public (paragraph 37).

It follows that the amount of the remuneration is too low in Belgium, where a criteria based only on the number of borrowers has so far been used for quantification. The low level of remuneration in that country is also a consequence of the application of Article 4(3) of the Belgian Royal Decree which states that, where a person is registered with a number of establishments, the remuneration should be paid only once in respect of that person. As mentioned by the Belgian collecting society Vewa in the proceedings before the ECJ, a large number of persons registered with the lending establishments in the French-speaking part of Belgium are also registered with other analogous establishments and accordingly a large number of readers are not taken into consideration when quantifying the remuneration to be paid to the authors (see Article 4(3) of the Belgian Royal Decree, ECJ paragraph 41). Under these circumstances, this scenario may lead to the result that many establishments are de facto exempted from the obligation to pay the remuneration: this makes its total amount low and is also contrary to Article 6(3) of the Directive. This provision had been interpreted by the ECJ in Commission v Spain (Case C-36/05, paragraph 32), where it was held that only a limited number of categories of establishment potentially required to pay the remuneration can obtain the exemption from this obligation (see also paragraph 42, ECJ decision).

The immediate consequence of this ruling is that the Belgian provision on remuneration in case of derogation of public lending rights is against EU copyright law and should therefore be modified by following the guidelines given here by the ECJ. If it is based on just the number of borrowers, the remuneration to be paid to authors is too low and does not justly compensate authors for the unauthorized use of their works through public lending.

Another consequence of the finding that the remuneration is also to be based on the number of the works made available is that large public lending entities will pay in future a higher sum than smaller establishments (paragraph 38).
Posted by Jeremy at Tuesday, August 16, 2011