The difficulty of early dismissal of a trade mark infringement action

Trade mark infringement cases are difficult to defend at the early stages, making the fair use defence of limited use.

Trade mark law seeks, inter alia, to prohibit false designations of origin and false associations with other sources of goods or services. This rule is, unsurprisingly, accompanied by at least one exception, described broadly as fair use: the putative infringer may defend against allegations of infringement by asserting that the use of the trade mark is necessary to achieve a more important objective such as product criticism and analysis, as well as comparative advertising in which contrasts are made between competing products. A defendant to a trade mark infringement claim must demonstrate that he has made use of the trade mark (i) other than as a mark, (ii) in a descriptive sense, and (iii) in good faith. In addition, any consumer confusion tends to favour a decision rejecting a fair use defence.

The more distinctive the trade mark, the less likely an arbiter will be to determine the use as fair because there will be a much lower number of generic uses of the trade mark. Getty Images, Inc. would also assert a novel argument, the nominative fair use defence. Never expressly adopted by the Second Circuit Court of Appeals, this defence states that although the trade mark is commercially used, the alleged infringer is not capitalizing on consumer confusion and is therefore shielded from liability. 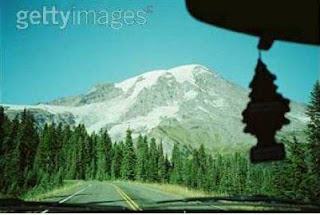 Car-Freshner, Corp. is the manufacturer of a wide array of car scents. Getty Images, Inc. is an agency which supplies stock photographic images both to businesses and to consumers. The car scents are in the shape of pine trees and are ordinarily hung under a vehicle's rear-view mirror. Car-Freshner's complaint alleged that Getty Images's collection of millions of stock photographs contained an unspecified number of images with the protected trade mark. Car-Freshner included a number of representative images in support of its complaint.

Getty Images asserted in its pre-trial motion to dismiss and/or for summary judgment that the trade mark was not used intentionally and that it was only incidental to the photograph. Car-Freshner argued that the use was not incidental and that it sought to capitalize commercially on consumers' recognition of the mark. For instance, one representative photograph depicts a scruffy male with what is presumably the scented tree under his armpit, back dropped with pine trees, suggesting that it was an odour fighter. Car-Freshner used this and similar photographs to support its argument that Getty Images's use fell outside the fair use exception.

Car-Freshner asserted that its trade mark was famous, which would allow for much greater protection from dilution and tarnishment by competitors than was available to ordinary trade mark owners (no doubt this was a result of lobbying efforts in 2006 during the passage of the Trademark Dilution Revision Act).

The parties to this matter were some of the more litigious parties on the global corporate scene. Getty Images is known to avoid sending cease and desist letters, preferring to utilize demand letters for large and (some would say) unsubstantiated sums of money. The company vigorously defends its IP rights in cases that some others would consider self-policing gone awry.

The legal standard for a federal motion to dismiss is usually based on a failure to state a claim. This means either that pleading is insufficient or that the claim is simply non-cognizable. The former is more common.

Although the Supreme Court has interpreted its pleading standard liberally by requiring a ‘short and plain’ pleading standard, it must give a defendant fair notice of the basis for the plaintiff's claims. Whether by design or by accident, this tension makes it difficult to apply the standard consistently at the trial phase. More recently, the US Supreme Court has explained that an actionable claim must set forth enough facts to maintain a plausible claim at a level which lies above the merely speculative; a simple recitation of the elements of a cause of action followed by legal conclusions is not enough. And, although the factual allegations should be considered in the light most favourable to the non-moving party, the legal conclusions derived from it do not. When considering the motion to dismiss, the complaint's allegations, along with any attached instruments, are among the limited items to which a judge can give consideration.

To discuss the facts of this case properly, it is important to discuss the images that were part of the complaint, these being the same images the court considered in reaching its decision.

One image shows a tree mark bearing the words ‘Car-Freshner’ and ‘Royal Pine’ with its shadow. Another image shows a red pine mark bearing the words ‘Fresh Scent’ in tall grass in the middle of an open field with trees and more grass in the background. A third image portrays a pine tree mark dangling underneath the armpit of a big half-shirtless man. A fourth image has 10 or so tree marks hanging from a garbage can, presumably referencing the odour-fighting quality of the plaintiff's product. Finally, four other images hang from a rear-view mirror of an automobile, in the manner in which the plaintiff's product often hangs.

A secondary and somewhat more novel argument made by the defendant was based on nominative fair use doctrine. The doctrine allows a defendant to use a trade mark so long as there is no confusion regarding the origin or the affiliation of the mark. The Ninth Circuit Court explained further:


[f]irst, the product or service in question must be one not readily identifiable without use of the trade mark; second, only so much of the mark or marks may be used as is reasonably necessary to identify the product or service; and third, the user must do nothing that would, in conjunction with the mark, suggest sponsorship or endorsement by the trade mark holder. New Kids on the Block v News Am. Publ'g, Inc., 971 F.2d 302, 308 (9th Cir. 1992).

The district court had already found that there existed a plausible claim that the images found on the Getty website used Car-Freshner's trade mark and that it was plausible that these images caused consumer confusion regarding the origins, sponsorship, or affiliation of the mark with the defendants' images. Citing Rescuecom v Google, Inc., the court made clear that it had ‘no idea’ regarding whether the plaintiffs could prove that consumer confusion actually occurred. In closing, it stated that a parody defence cannot be useful to a defendant who capitalizes on the mark's fame for commercial gain. However, the court did dismiss the plaintiffs' claims of vicarious liability and contributory infringement.

It is clear that there is little chance that a typical trade mark infringement case will be dismissed at the pre-trial phase unless the factual allegations contained in the complaint are altogether speculative. The legal standard plays prominently in this result, but there are reasons. Consumer confusion (or its lack) is difficult to assess without the pain, cost and inconvenience of trial and a jury verdict. Even a case in which trade mark infringement seems bound to end in a finding of no liability, the defendant must endure economic losses in defending the suit to settlement or verdict. Additionally, the decision seems troubling because of the chilling effect it could have on future copyright holders. Such a precedent would gum up the creation of these photographs and their sale. The worry would be unintentionally capturing trade marks in such common photographs as streetscapes and being subject to litigation by some of the most litigious participants in the market.
Posted by Jeremy at Wednesday, February 29, 2012