Blowing the whistle on copyright in public sculptures

Advertisers are known for using iconic monuments in advertisements to refer to major sporting events. Commercial exploitation of monuments may become more popular in light of the international movement for greater protection of major events against ambush marketing. By using monuments as geographic or social reference points, advertisers may attempt to skirt around ambush marketing laws. Monuments situated in public spaces could also be seen as easy targets for commercial exploitation, because their placement can be interpreted as suggesting (sometimes incorrectly) that copyright in the works is in the public domain.

Copyright laws generally provide some protection for monuments that are situated in public spaces. However, the level of protection varies across territories. In particular, some territories have specific exceptions to infringement of copyright in works of architecture and other artistic works that are permanently placed in public spaces. These exceptions are sometimes referred to as protecting the ‘freedom of panorama’. The concept of freedom of panorama relates to the ability of people to make certain reproductions of works that are permanently displayed in public.

Differences in the level of copyright protection between jurisdictions can result in uncertainty for businesses wishing to exploit monuments commercially, and can make monuments more vulnerable to commercial exploitation in some territories than others.

The statue of Christ the Redeemer is a famous feature of Rio de Janeiro. Leading up to the 2014 Fédération Internationale de Football Association (FIFA) Football World Cup, Italy's state broadcaster, Rai, aired a television advertisement featuring a statue of Christ the Redeemer wearing a blue Italian football shirt. The Archdiocese of Rio was reportedly deeply offended by the advertisement, which was aired in Italy, and alleged that Rai infringed copyright in the statue. Ownership and subsistence of copyright in the statue has been the matter of contention before, including in relation to its reproduction in the movie 2012. 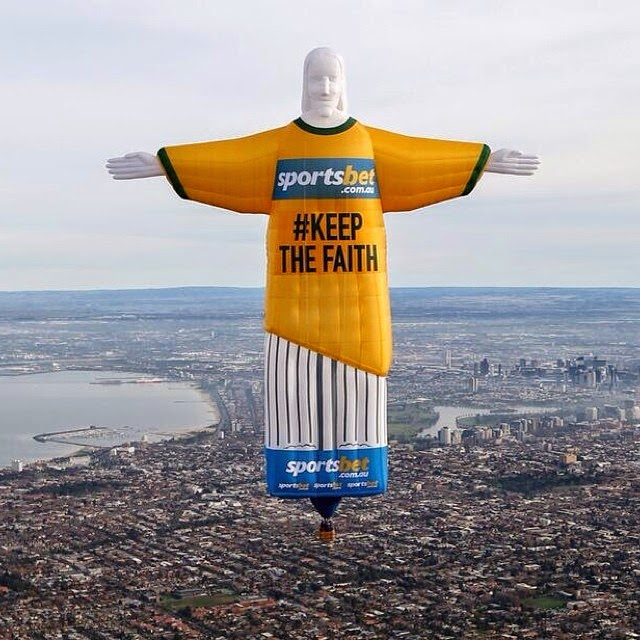 These uses of the Christ the Redeemer statue raise the issue of what degree of copyright protection there is for sculptures situated in public spaces.

As artistic works, works of architecture and sculptures can be protected by copyright in New Zealand. New Zealand's Copyright Act 1994 does not include a general fair use exception to copyright infringement, but instead provides various specific exceptions to infringement.

The Copyright Act's equivalent of a ‘freedom of panorama’ provision is s 73. This provides that copyright in buildings and in works (such as sculptures, models for buildings or works of artistic craftsmanship) permanently situated in public places or on premises open to the public is not infringed by copying the works by making graphic representations, photographs or films of the works, or by communicating visual images of the works to the public.

The purpose of s 73 appears to be to allow particular reproductions of works that are commonly situated in public spaces and where it might be difficult to control copying. It would seem impractical, for example, to require a filmmaker to obtain a copyright licence for each building and monument protected by copyright that is featured in a film. Traditionally, this exception was also designed to protect those who wished to sketch or photograph a sculpture or public building.

Section 73 could apply, for example, where a television advertisement featuring a sculpture permanently situated in a public place is communicated to the public. Section 73 is unlikely to apply where a three-dimensional replica is made of a sculpture.

The interpretation of s 73 has been a matter of some debate. It has been held that s 73 affords protection against indirect copying of underlying works, such as models and drawings of sculptures (Radford v Hallenstein Bros Ltd, Auckland High Court, CIV-2006-404-4881, 22 February 2007). However, s 73 cannot be relied on as a defence to a claim of infringement of an author's moral rights (Radford v Hallensteins Bros Ltd [2009] DCR 907). This means that, for example, s 73 is unlikely to provide a defence to the derogatory treatment of a sculpture under the Copyright Act. 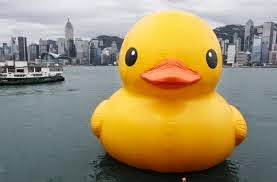 Potential ambiguities in s 73 include the issues of what constitutes ‘permanent’ placement of a work, and what constitutes a ‘public space’ or ‘premises open to the public’. This seems clearly directed at works such as the statue of Christ the Redeemer, which has been situated on Corcovado Mountain since its completion in 1931. The section is unlikely to apply to sculptures that are in transit or on short-term display for a defined period. However, it is unclear whether s 73 might apply to sculptures on long-term display for a defined period (eg 20 years), or sculptures that are repeatedly displayed in different public spaces. For example, Florentijn Hofman's Rubber Duck sculptures have been displayed since 2007 in cities around the world for short periods of time at each location.

By comparison, the United States does not have a specific exception for artistic works permanently placed in public spaces. The United States' 17 USC s 120(a) provides an exception for certain reproductions of architectural works that would otherwise infringe copyright. However, unauthorized copying of sculptures would instead have to fit within the United States' fair use exception in 17 USC s 107. A recent case held that postage stamps bearing a photograph of Frank Gaylord's The Column, a Korean War memorial sculpture situated in Washington, DC, did not constitute fair use of the sculpture (Gaylord v United States, 595 F 3d 1364 (Fed Cir 2010)).

New Zealand's Copyright Act provides some comfort to businesses that use photographs or videos of monuments permanently situated in public spaces. However, challenges are presented by the uncertainties in the interpretation of s 73, and the differences in laws of other territories, particularly where businesses wish to disseminate the same material across multiple countries. Businesses should also be mindful of artists' moral rights.

Businesses may also need to consider issues other than copyright, such as whether copying a sculpture risks passing off or misleading or deceiving consumers, and whether there is a risk of adverse publicity if a sculpture is portrayed in an offensive way. It may be appropriate in some cases to consider seeking licences or waivers from the rights holders of sculptures and the artists.

For artists and copyright owners, the freedom-of-panorama exceptions mean a potential loss of control over copyright. This will be important to understand where sculptures are commissioned for the purpose of being displayed in public places. Some artists and copyright owners ask why, as seems to be law in New Zealand since Radford v Hallenstein Bros Ltd, business are permitted in New Zealand to exploit their works commercially by selling two-dimensional copies such as post cards and t-shirts, when other works are not subject to this form of free exploitation. They ask: ‘Even if I cannot stop this, should I not at least benefit from a royalty from those who seek to profit from my work?’

This loss of control may be unexpected where sculptures are put on permanent public display without artists' consent. In such cases, artists may still be able to take action if their moral rights are infringed.

Artists could require purchasers to agree not to display the sculptures in public spaces, although this may be ineffective if works are on sale. Copyright owners could also consider registering trade marks comprising three-dimensional representations of the sculptures, although any additional protection would have to be balanced against the potentially significant cost of registering and maintaining trade marks for a range of merchandise.

Establishments such as public art galleries should also be aware of the potential implications of permanently displaying sculptures. To maintain a degree of control over the reproduction of works, taking photographs and videos could be restricted as a condition of entry.

Ultimately, the degree of protection provided by copyright in sculptures situated in public spaces will vary depending on the circumstances. Businesses, artists and copyright owners should take into account all the relevant legal and commercial factors to avoid a potential own goal.
Posted by Jeremy at Friday, October 17, 2014

Email ThisBlogThis!Share to TwitterShare to FacebookShare to Pinterest
Labels: Copyright in public sculptures