The Colombian Constitutional Court held that Law 1518 of 2012, which integrates into national legislation the International Convention for the Protection of New Varieties of Plants (UPOV Convention 1991), is unconstitutional because the government failed to consult indigenous and Afro-Colombian communities.

In May 2012, a free trade agreement (FTA) between Colombia and the United States entered into force. The first article of the FTA chapter on intellectual property rights (ch 16) created an obligation for the Colombian government to ratify several international IP treaties including the 1991 Act of the International Convention for the Protection of New Varieties of Plants (UPOV Convention 1991 Act). Law 1518 of 2012, which was enacted to meet the obligation of the FTA, approved the 1991 UPOV Convention. 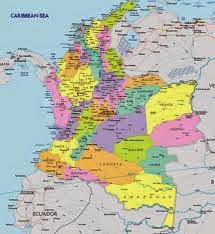 The Constitutional Court has a function of reviewing legislation approving international treaties; after the signature by the president, the declaration of constitutionality is a requirement for the ratification of any international treaty. The review evaluates the validity of the formal procedure during the legislative process according to constitutional norms (formal control) and the content of the treaty (material control) against the Constitution and human rights instruments to which Colombia is party (constitutional block). The International Labour Organization (ILO) Convention No 169 concerning Indigenous and Tribal Peoples in Independent Countries is part of Colombian's constitutional block. According to Article 6 of the ILO Convention, the government should consult with indigenous communities regarding the implementation of any legislative or administrative measures which may affect them directly. The Colombian Constitutional Court has recognized this obligation for any measure that also affects other ethnic and traditional communities such as Afro-Colombians (Decision C-169 of 2001).

The proceedings of constitutional control are open to the participation of organizations and citizens. During the review of Law 1518, the ministers of agriculture and rural development, commerce, industry and tourism, foreign affairs and internal affairs, as well as the national institute of biological resources (Alexander Von Humboldt) and ACOSEMILLAS (an organization that represents the seed industry) supported the constitutionality of the law.

The minister of environment and sustainable development, the national university of Colombia, several non-governmental organizations (NGOs), the National Indigenous Organization of Colombia (ONIC) and more than 6 500 citizens signed petitions asking to the court to declare that the law was unconstitutional on several grounds, one of which was that the 1991 UPOV Convention threatened the food security, biodiversity, traditional knowledge and cultural heritage of the country. The main and recurrent claim of those opposing the law was that the government did not undertake any consultation with the traditional communities for the approval and ratification of this intellectual property treaty, which directly affected them.

The Constitutional Court has developed a doctrine establishing that the right to be consulted is a fundamental right of indigenous and other traditional communities. This approach is based on the ILO Convention No 169 and the constitutional protection for ethnic and cultural diversity, the right to democratic participation, the protection of culture as part of nationality and the right of indigenous people regarding their territories and natural resources (Articles 7, 40, 70, 329 and 330 of the Constitution). Prior consultation is a right of the communities (to be consulted) and an obligation of the state (to consult) only when there is a direct effect on the relevant communities. In such cases the omission of consultation is a violation of the constitution.

In 2008, the Constitutional Court began to analyse the obligation of the government to consult traditional communities in relation to the approval of international treaties. This case is the first time that the court analysed the prior consultation obligation in relation to an IP treaty dealing with biological resources. The analysis of these cases is highly problematic, because the effects of an international IP treaty are not addressed to specific sectors of the population but affect all inhabitants of the country (general impact). The Constitutional Court has confirmed that prior consultation is only mandatory in cases when legislation affects traditional communities in specific, direct and concrete form (specific impact). Such impacts can be identified with different criteria, including that the legislation may directly jeopardize their ethnic identity.

The court found that, despite the UPOV Convention having a general impact on the intellectual property rights of plant breeders, those rights can directly affect agricultural activities and biological resources of traditional communities and as a consequence affect their way of life. In previous decisions, the Constitutional Court recognized the special religious, political, social and economic relationship of indigenous groups with the land and with natural resources (Decision T-693 of 2011). The court recognized the protection of biodiversity and the ecosystems, where indigenous groups live, as a fundamental part of their physical, spiritual and cultural identity existence.

The court held that the omission of the government constituted a failure to acknowledge the historical role of the traditional communities to bestow the richness, conservation and development of the biodiversity on the ecosystems of the country. The court expressed concerns about the effect that the 1991 UPOV Convention could have on practices and traditional knowledge of ethnic and peasant communities and their rights over native resources, especially sacred and medicinal plants. In addition, the possible appropriation and bioprospecting activities, that, as a result, could create private and individual rights over varieties of plants, could be at odds with the idea of collective ownership of the indigenous communities.

The court found that intellectual property rights over seeds may affect the identity, autonomy and livelihoods of indigenous people. Therefore these communities have the right to participate in decisions regarding the implementation of intellectual property rights that are directly related to food security, diversity, traditional knowledge and cultural survival of indigenous, Afro-Colombian and peasant groups.

This ruling is a good example of judicial activism in IP rights. The effects of this decision on plant breeders' rights are political rather than legal. Colombia ratified the UPOV Act 1978 (Law 243 of 1995 in 1996), and adopted legislation (Andean Decision 345) and regulations (Decree 2687 of 2002 and Resolution 2046 of 2003) that granted similar rights to the UPOV Act 1991. Within this framework, the decision of the Constitutional Court did not affect the legal expectation of plant breeders but had a political impact on the implementation of the FTA with US Colombia has an international obligation to ratify the UPOV Act 1991 and, in order to do so, should now open a dialogue with indigenous and traditional communities about the IP rights to biological resources, a topic highly contested and politically difficult in a country with more than 60 different indigenous groups and several Afro-Colombian communities located in some of the richest biodiversity hotspots of the world.

The ruling of the Constitutional Court created a precedent that should be followed by the government in any future legislative and regulatory measures related directly or indirectly with IP rights over biological resources (beyond the UPOV's scope). Following this case, the government is duty-bound to conduct a prior consultation with the indigenous and other traditional communities in a manner that they truly participate in the adoption of IP policies that could have a specific impact on their cultural identity and survival.
Posted by Jeremy at Thursday, November 13, 2014