The Provisions Judge of the District Court of The Hague ordered a Chinese defendant to provide the source code of its software product to a custodian in China for possible later use in copyright infringement and trade secret violation proceedings in the Netherlands. 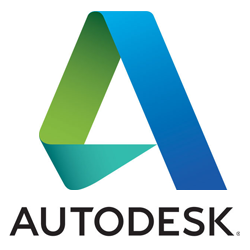 Measures for obtaining evidence of intellectual property infringement can be very important, especially where it is otherwise difficult to obtain such evidence. Such difficulties can arise when there is a suspicion of infringement of, for instance, a process patent claim or infringement of copyright of software, but direct evidence is missing. The Enforcement Directive (Directive 2004/48) has partially harmonized the possibilities of obtaining evidence of intellectual property infringement throughout Europe, but these possibilities are still often applied differently in different Member States. Since the implementation of the Enforcement Directive in the Netherlands, the possibility of obtaining evidence before the courts in the Netherlands has improved significantly and orders are sometimes even granted with cross-border effect, this decision being an example.

Autodesk is a developer of computer-aided design programs (CAD programs). CAD programs enable a designer to draw and design with the aid of a computer. CAD may concern drawings and designs, for instance, in the fields of architecture, civil engineering, mechanical engineering and the media. AutoDesk brings CAD programs on the market under the name AutoCAD. The first version of the program was brought on the market in 1982. Since then, Autodesk further developed the program and different versions were brought on the market over the years, including AutoCAD 2008. The source code of AutoCAD is protected by copyright. Autodesk also treats its source code as a trade secret.

In 2002, the Chinese company ZWSoft started to bring CAD programs on the market under the name ZWCAD. ZWSoft continued to develop the ZWCAD program and brought several different versions on the market over the years. In 2012, ZWSoft brought a new CAD program on the market, ZWCAD+. When introducing this program, ZWSoft indicated that ZWCAD+ would be fundamentally different from ZWCAD and that it would have developed it ‘from the ground up’. ZWCAD+ could be purchased in the Netherlands through ZWSoft's website.

Autodesk took the view that ZWCAD+ was not developed ‘from the ground up’, but instead was based on the source code of Autodesk's AutoCAD 2008 program, and that ZWSoft infringed Autodesk's copyrights and violated its trade secrets. According to Autodesk, many functions of AutoCAD which did not provide a useful contribution to the performance of the system for the user or which could be even qualified as mistakes were also found in the ZWCAD+ program. Autodesk also noted that ZWSoft developed the program remarkably quickly. Autodesk initiated preliminary relief proceedings before the Provisions Judge of the District Court of The Hague claiming inter alia an injunction and an order for a copy of the source code of ZWCAD+ to be provided to a custodian in the Netherlands.

The judge, however, granted Autodesk's alternative claim that ZWSoft must provide a copy of the source code of ZWCAD+ to a custodian. He considered that the fact that there was insufficient evidence to warrant an injunction does not preclude the possibility of granting an order for preservation of evidence for later use in proceedings on the merits: the threshold for granting an order for the preservation of evidence is lower than that for granting an injunction. It is sufficient that the plaintiff puts forward specific facts and circumstances from which a reasonable suspicion of infringement can follow. The judge considered that, although the evidence submitted by Autodesk was not sufficient to meet the threshold for an injunction, it was sufficient to meet the threshold for granting the requested evidentiary measure.

ZWSoft tried to avoid the evidentiary measure by stating that Chinese law would not allow the source code of the program to be brought outside of China. The judge did not consider this to be an adequate ground for disallowing evidence preservation altogether and came up with a practical solution: the judge ordered ZWSoft to provide its source code to a custodian in China. In a follow-up decision of 12 May 2014, the judge specifically ordered the source code to be provided to Alvarez & Marsal, an international group of companies with subsidiaries in, inter alia, Beijing and Shanghai. He ordered ZWSoft to provide the source codes of ZWCAD+ 2012 and ZWCAD+ 2014, including the build and mastering scripts, third-party binary components and libraries to Alvaraz & Marsal, under forfeiture of a penalty payment of 50 000 euros for each violation of the order or each day of non-compliance with the order.

Following this decision, the evidence (the source code) will be preserved, and Autodesk may have an opportunity to claim access to and use this evidence for further substantiating its copyright infringement and trade secret violation claims in proceedings on the merits.