Editorial - The Trade Secrets Directive: consistency of approach required, with or without Brexit 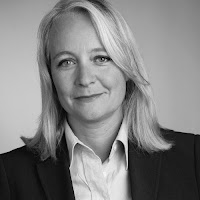 In a clear, analytical and thought-provoking Editorial, published in our September issue, editorial board member Rachel Montagnon (Herbert Smith Freehills) discussed the changes introduced by the new Trade Secrets Directive (Directive (EU) 2016/943) from a UK perspective, evaluating the potential effects of Brexit on its implementation and arguing in favour of a consistent approach to its interpretation and application, to provide pan-European businesses with a stable and solid framework for the protection of trade secrets. Thank you, Rachel, for your very interesting and topical editorial!

The Trade Secrets Directive – consistency of approach required, with or without Brexit

A year ago, when I agreed to write this editorial once the new Trade Secrets Directive 1 (the Directive) had entered in to force, I thought that I would be discussing a harmonisation of approach to trade secrets across the EU including the UK. Well, despite the result of the UK's Brexit referendum, harmonisation still looks likely, even if it's only at a commercial level in the UK. The Directive will affect all businesses operating across Europe; any business with employees and research and development in multiple European states, with people and product concepts moving between states in the course of employment/development, will want to apply a consistent approach to the protection of its trade secrets and know-how. This will now be made easier by virtue of the Directive.

In fact, the UK will still be a member of the EU on the date by which the Directive must be implemented (2 years from coming into force on 5 July 2016) and so, if political will allows, the UK may even implement the Directive prior to ‘Brexit’ in any case. In any case, the minimum harmonisation required by the Directive equates to a position so similar to the current protection accorded to confidential information by the UK common law including the approach taken by the UK courts that it was always questionable whether this measure would change UK law significantly. The UK may instead find itself with no implementation but a sufficiently similar legal position that businesses can feel comfortable sharing trade secrets across borders, even if those become EU/non-EU borders in due course. Ironically perhaps, the main tenets of the UK's approach to the protection of confidential information have effectively been exported to the rest of the EU via this Directive, just at the moment that the UK has decided to leave.

A key differentiator between the new Directive and the UK common law has been said to be in the definition of a “trade secret”. The Directive defines a trade secret as information that is secret (not generally known among or readily accessible to, persons within the circles that normally deal with this kind of information), has commercial value because it is secret, and has been subject to reasonable steps under the circumstances by the person lawfully in control of the information to keep it secret. In its assessment of whether information should be accorded protection, the UK common law considers the quality of the information and the circumstances in which it was disclosed. On closer inspection however, much of the detail of the assessments applied to confidential information under UK common law mirror those under the new Directive. If anything, UK law may be more generous in its application of the status of confidential to information being allegedly misused.

Another aspect of the new Directive of particular note is the protection that will now be given to trade secrets that are revealed in the course of court proceedings. The lack of sufficient protection within the EU currently has meant that businesses are hesitant, at the very least, about initiating any court actions by virtue of which such revelations might be made. The Directive will ensure that the confidentiality clubs and redaction common in UK litigation will be made available EU-wide.

The Directive introduces the concept of trade secret-"infringing goods, i.e. those whose design, characteristics, functioning, production process or marketing “significantly benefits” from trade secrets unlawfully acquired, used or disclosed. The production, offering or placing on the market of infringing goods or the importation, export or storage of such goods for those purposes will be unlawful where the person carrying out such activities knew, or ought under the circumstances to have known, that the trade secrets were used unlawfully (acquired unlawfully or in breach of confidentiality agreement or other duty not to disclose or in breach of a contractual duty or duty to limit the use of the trade secret). However, these are not intellectual property rights as such and are not subject to the IP Enforcement Directive (2004/48). Nevertheless, the Directive makes provision for injunctions and damages to be awarded in respect of unlawful use as well as the recall and destruction of “infringing goods” or the deprivation of their infringing quality, so, in many respects, the remedies are very similar to those provided for under the IP Enforcement Directive.

Many terms within the Directive are not given definitions, such as “significantly benefits” and “in conformity with honest commercial practices” (although trade mark practitioners will be familiar with this term) and will no doubt create the opportunity for CJEU references in the near future. Whilst the UK may by then not be bound by its decisions its pronouncements will likely still be of evidential value to UK courts (if the Directive has been implemented).

In the meantime, for those seeking to rationalise their trade secret and confidential information controls across the EU, and to future-proof them to any extent possible pre-Brexit, it is worth taking “reasonable steps in the circumstances” by: (i) identifying, cataloguing and labelling commercially critical confidential information held within the business; (ii) protecting the information using appropriate confidentiality obligations in employment contracts and any joint ventures or other interactions where such information needs to be shared with third parties (confidentiality clubs); (iii) educating the workforce and management about intellectual property protection and confidentiality and embedding these elements into security policies; (iv) restricting access to key information on a “need to know” basis and limiting the circulation of such material, whilst establishing a means by which its mis-distribution can be reported; (v) using security measures such as encryption and passwords; (vi) monitoring employee emails (although note that such surveillance can be more difficult to put in place in some jurisdictions where there are greater privacy protections in place than in the UK); and (vii) preventing the loss of confidential information when staff leave by repeating the messages about their obligations and ensuring that there is sufficient awareness as soon as their departure is indicated, including the surrender of company property, where necessary.

Where a business has to rely on trade secrets alone to protect its key business assets, there is cause for concern, since the possibility of an unauthorised disclosure to the world at large risks the continued nature of protection of a trade secret, unless legal steps are taken to address this. Despite this, many businesses – particularly SMEs - continue to rely on trade secrets, either through a lack of appreciation of the IP rights available or to avoid to costs that registering such rights entails. Thus a strengthening of the standing of trade secrets and a more universal appreciation of their worth and substance can only assist these sorts of businesses across Europe.

In general, the “minimum harmonisation” standard of the Directive should provide comfort to pan-European businesses that there will be a basic standard of protection for their trade secrets, although there will be variations in procedure and process in each jurisdiction, with some (arguably such as the UK) providing broader protection than others. Competitors beware!


↵*Email: rachel.montagnon@hsf.com.
↵1 Directive EU 2016/943 of the European Parliament and of the Council of 8 June 2016 on the protection of undisclosed know-how and business information (trade secrets) against their unlawful acquisition, use and disclosure.
© The Author(s) (2016). Published by Oxford University Press. All rights reserved.