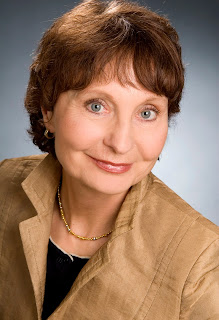 The editors of the Journal of Intellectual Property Law & Practice (JIPLP) were very honoured when Prof. Dr. Annette Kur accepted their invitation to join the journal’s editorial board a couple of years ago. I too was delighted when Annette agreed to talk to me recently for the second in a new series of conversations with leading figures in the IP community…

The effects of chance or coincidence – perhaps serendipity? – were a recurrent theme of our conversation, a retrospective survey of Annette’s distinguished career. With characteristic modesty, Annette described how she first developed an interest in the Nordic countries, leading the Nordic Department at the Max Planck Institute for Innovation and Competition in Munich. Annette first arrived at the Institute, drawn initially by the favourable conditions in which to write her PhD, not with a background in IP, but from a competition and consumer protection perspective. This desire to protect consumers and the socially weaker has persisted ever since. It was Annette’s (rudimentary to begin with) knowledge of the Swedish language that was instrumental in establishing her at the Institute – the first defining moment of her illustrious career. Annette proceeded to master (passively) not only Swedish, but also Norwegian and Danish, and spent significant amounts of time translating, which was a key task in the country departments at the Institute. The Nordic community became and remains precious to Annette’s heart.

Annette referred to the Institute as a microcosm of the wider IP community, which also holds a special place for her. It is unique. A small community in the early days, the Institute became a hub for IP internationally and is still a family. Annette described the appeal of IP intellectually: copyright and its affinity with the arts, and patents, though very different, still connected with ideas. Annette loves the playfulness and flexibility of the IP system. Its rules may be rigid, but at their core is a genuine dynamism as nothing is cast in stone. As Annette put it, “everything moves”. It struck me that Annette, as a true comparativist, enjoys the intellectual stimulation provided by contrasts; she compared the German system, with its rigidity and hierarchy, with the Nordic academic landscape and its non-hierarchical style of communication. Within the Max Planck Institute, as people come together from so many different countries, it is impossible to impose a strict hierarchy or a strict dogma. According to Annette, this accentuated the openness and playfulness at the Institute, especially in the Nordic Department.

Known as a guiding light in design law, having been instrumental in the creation of the system of Community designs, Annette shared with me how further serendipity influenced the next phase of her career. Having previously focused on unfair competition and trade mark law from the consumer’s point of view, Annette was invited by the then director at the Institute to participate in a new interesting research project. This was subsequently adopted by the Commission as a blueprint and European design law was established. With typical self-deprecation, Annette attributes her then being viewed as a “design person” to several more amazing coincidences, and even confusion between the Hague Conference on Private International Law and Hague – the International Design System!

In a final strange coincidence, I was lucky enough to take delivery of the recent festschrift published in honour of Annette by Cambridge University Press. This arrived by chance about an hour before we had arranged to speak and provided me with the opportunity to read more about Annette’s history and to note some of the distinguished names whose chapters have been included in the book, a further sign of the high esteem in which Annette is held. Prof. Eleonora Rosati will shortly be reviewing the book, and readers can look forward to reading her review in a forthcoming issue of JIPLP.

Email ThisBlogThis!Share to TwitterShare to FacebookShare to Pinterest
Labels: In conversation with