US v Diallo: how to ‘use’ when counterfeiting

In a case that attempts to extrapolate the meaning of ‘use’ used in an anti-counterfeiting statute, the Third Circuit decided that ‘to use’ counterfeit goods as contemplated by the Pennsylvania statute simply required the defendant to place the good in the ‘stream of commerce’. In other words, a sales transaction is not necessary to complete the criminal act. This decision broadens the scope of behaviour deemed criminal in counterfeiting and more strenuously protects the IP rights of trade mark holders.

The criminal defendant was charged and convicted for violating 18 USC s 2320(a), which makes it a crime to ‘intentionally traffic ... in goods or services and knowingly use a counterfeit mark on or in connection with such goods or services ... ' [18 USC s 2320(a) (2005)]. Congress failed to define a key term, use. ‘On appeal, the defendant made the argument that he did not use the counterfeit goods in a manner prohibited by the aforementioned statute. The defendant argued that the statute's purpose is to proscribe the actual sale of the counterfeit goods and not merely the transport of them. "After all," the defendant surely reasoned, "I was not in fact using them in the conventional etymological sense"’. Many would accuse the defendant of making a specious argument, but Congress has a duty to make laws that are not overbroad. Congress does this by proscribing the exact action or actions that would constitute the crime.

The Court of Appeals for the Third Circuit (‘CATC’) was faced with the difficult task of harmonizing the literal meaning of ‘use’ with the congressional intent behind the counterfeit statute. Following the spirit of the law, the CATC determined that using a counterfeit good as pertains to the statute merely requires placing the good into the ‘stream of commerce’, not necessarily having sold the good to a retail buyer. The CATC deftly manoeuvres a victory for those in favour of increased government involvement in IP enforcement. 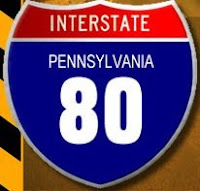 Pennsylvania State Trooper Timothy Callahan noticed the defendant's van on Interstate Highway 80 because its licence plate was not illuminated as mandated by the Pennsylvania traffic laws. During a traffic stop, Trooper Callahan observed numerous sealed plastic bags in the van. Asked what was in the bags, the defendant said they contained clothes. After the traffic stop had concluded, the trooper asked for the defendant's consent to search the vehicle, which the defendant willingly gave. Moving to the rear of the van, the defendant opened the bags to reveal the contents: Louis Vuitton handbags bearing the ‘LV’ mark. The trooper was aware that the Louis Vuitton handbags were an exclusive item, sold only in Louis Vuitton stores, so he investigated further. He asked the defendant to whom did the bags belong and, when the defendant was unable to produce anything but a business licence from Indianapolis, he was arrested. The defendant was subsequently indicted and convicted 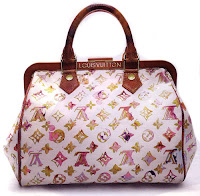 of trafficking in counterfeit goods by a jury. At the conclusion of the trial, the jury was charged with instructions that lacked any mention of the term ‘use’. The jury then asked the court to elaborate on the term. The court found it ‘the prudent course of action’ to provide the jury with two dictionary definitions of the word, one being a legal dictionary. Thereafter, the jury found the defendant guilty of the charges.

On appeal, the defendant maintained that the jury instructions were improper and that the district court should have granted the defendant a judgment as a matter of law based on the insufficiency of the evidence on the element of ‘use’.

In the absence of a mis-statement of the law, an appellate court will defer to the district court and review the lower court's decisions for an abuse of discretion—a high standard, but not insurmountable. Essentially, the appellate court will review the sufficiency of the evidence in the light most favourable to the government, and will uphold the verdict if any reasonable trier-of-fact could have found the essential elements of the crime beyond a reasonable doubt [US v Pritchard, 346 F.3d at 470 n. 1].

The CATC, after stating the standard of review, proceeded to give a lesson in statutory interpretation. It made it clear that, in determining congressional intent, one must begin with the plain language of the statute. After reciting the statute, the CATC surmised that the statute requires both trafficking in goods and ‘use’ of the counterfeit mark on or in connection with goods for a crime to have been committed. In the absence of a definition provided by Congress, the court explained, the word at issue should be given its plain meaning.

In support of his position for a narrower definition of ‘use’, the defendant cited US v Bailey [516 US 143] in which the district court had erred when it found that the defendant had used a firearm when he had simply possessed it. The United States Supreme Court cautioned that ‘the Government must show active employment of the firearm’ [id. at 143, 144]. The CATC does away with this argument by extrapolating the rationale from Bailey: the ‘meaning of statutory language, plain or not, depends on context ... ’ [id. at 144–145]. Aware that the statute treats ‘use’ and ‘carry’ differently and mindful that ‘Congress intended each of the statutes's terms to have meaning’, the Supreme Court reasoned that the term had a narrow connotation. In a subsequent Supreme Court case involving an exchange of drugs for a weapon, that Court similarly reasoned that a word's ‘everyday meaning’ should prevail in the absence of congressional direction and that ‘the ordinary meaning and the conventions of English’ meant a person did not use a firearm when he exchanged the weapon for drugs [US v Watson, 128 S. Ct. 579, 586].

Applying these rules of construction to the present case, the CATC opined that, were it to interpret ‘use’ as meaning a sales transaction, it would render the broader term ‘traffick’ superfluous, thus rewriting the text as the Supreme Court has already warned courts not to do. An ‘ordinary and natural reading’, says the CATC, gives effect to Congress's intent to combat commercial counterfeiting by reaching a stream of commerce and not simply its point of sale [Diallo at 18]. On this point, the jury instructions were upheld. Diallo, the court concluded, was able to communicate falsely that he was the lawful owner of genuine items simply by being in possession of them. He did not require a sale in order to misrepresent that fact. A number of other cases provided support for the CATC's holding.

The statute was amended in March of 2006 to address the growth of counterfeiting in component parts. The statute presented this problem in the instant case because Diallo was arrested before the amendment, in 2005. However, the significance of this case is not diminished. ‘Use’ in the context of counterfeiting is defined in both the statute and the common law. In a larger sense, the case represents the intersection of different dimensions of the law: statutory interpretation, overbroad laws, sensitivity of jury instructions, and the intersection of IP and criminality. So, much of IP theft is never prosecuted. It is exactly this brand of IP infringement, small retail, that is criminally sanctioned. Nonetheless, this is still a victory for those in favour of greater IP rights.
Posted by Jeremy at Wednesday, January 20, 2010