Is there really more to say? Five more tips for IP writers 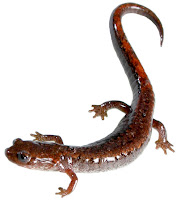 Following the critical attention given to two earlier posts on the topic (here and here), I'm offering a further set of five tips for authors of articles, notes and book reviews on intellectual property law and practice.

1. Salamanders and axolotls. In the animal kingdom, the salamander occupies an unusual position: it is capable of reproducing both in its mature form, as a handsome beast, and in its immature form, as a somewhat charmless axolotl. We intuitively favour the former over the latter. So too with words, we favour the longer and more apparently mature form of words over their shorter, less impressive brethren. Thus 'transportation' is often used when 'transport' will do nicely; 'simplistic' is chosen over 'simple', and so on. The cautious writer will do two things: he will consult a dictionary and check that the long and the short words are synonyms conveying the same shade of meaning (which in some cases they are not), and he will ask whether it is not an act of kindness to his reader to select the shorter where possible.

2. False friends. Some words are so similar to one another that they surely must mean the same thing -- but they don't. Not just IP editors but others are familiar with the apparently random selection of 'credit', 'credibility, 'credence', 'credulence', credulity' and 'credulousness' on the assumption that each will neatly fill a gap in a sentence without the need to repeat an earlier-used (and very possibly correct) term.

3. Pompous legalese. Words frequently deleted from texts published in the Journal of Intellectual Property Law and Practice, and from all good IP journals, are ugly portmanteau terms such as 'aforementioned', 'aforesaid' and 'hereinbefore'. They may provide valuable guidance in licence agreements (though they can generally be avoided), but are out of place. Where you find them in contemporary legal writing, they are frequently a sign of (i) authorial pomposity, (ii) a student author trying to sound grown-up or (ii) inattentive editing.

A second form of legalese involves the irritating word "said", as in "the said trade mark" or "said plaintiff". Sometimes no trade mark or plaintiff has been "said" and the reader wonders if he has missed something. When I speak to contributors who pepper their offerings with "said", or correspond with them by email, they express themselves quite lucidly without the need to resort to "said", so I encourage them to do the same in their journal submissions.

A third form of legalese is a sort of pseudo-American atrophy which is achieved by dispensing with the definite article. American lawyers often use "Plaintiff", "Defendant" and similar terms without resort to what non-Americans may feel to be the common courtesy of a preceding "the"; that does not permit authors to reduce their word count by omitting this small but ubiquitous word where it seems to them to make their text sound more American.

4. Monsterlinks. The author is duty-bound to cite his internet-located sources and the reader expects to find them. The publisher's task is to find an effective, and ideally attractive, means of representing them on paper if he cannot publish electronically and conceal them within a hyperlink. Most readers struggle to type domain names accurately into their internet browsers when they consist of some 70 or 80 characters (which, in footnotes, often contain numerous microscopic punctuation symbols); above that figure, the reader may lose hope entirely. Where a link is made to an official database containing statutes, treaties, case law or office decisions, that database will generally be internally searchable and the reader may reasonably be expected to navigate it himself. The author should bear this possibility in mind before submitting his text.

5. Who is Sarah Palin? For some personalities of the past, fame is persistent and may be presumed. No writer, when making an allusion, need break off from his narrative to explain who Napoleon, King Midas or Cleopatra might be. Similarly, the comprehension of adjectives derived from genuine celebrities can be assumed (depending on the audience addressed): Aristotelian, Socratic, Faustian are good examples. The same cannot be said of many lesser celebrities for whom even iconic status may be temporary. In 2008-9 much was heard of Sarah Palin, but will a reader recognise her name or understand an allusion to it if they read in 2029 an article penned in 2009? The principle is clear: choose your cultural reference points carefully. This principle works in space as well as time: a person who is famous in one country may well be quite unknown elsewhere, as many a tourist can verify when coming across statutes and memorials respectfully erected to heroes of whom they have never heard.

Email ThisBlogThis!Share to TwitterShare to FacebookShare to Pinterest
Labels: style