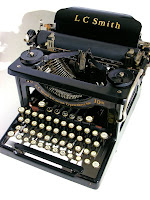 Following the interest stirred up by last week's post, "Ten helpful hints for IP writers", I've decided to add some more. Do let me know what you think about them.

1. Don't be passive, get active. "It was held by the court ..." sounds very grand, but "The court held ..." means the same thing and uses half as many words. Readers might be surprised to know how many contributors who cavil at what they consider an ungenerous allocation of words for an article will happily squander this allocation on sentences which are so full of passive verbs that they seem to run backwards.

An intelligent and observant reader may have no trouble following which party is which, even where each is described in turn as an "applicant" -- but it's simpler, where (for example) the first party is called Smith and the second is called Jones, to refer to them as Smith and Jones.

3. Be consistent, even if you're wrong. Some authors can't be sure whether to describe a work as "copyright" or "copyrighted", or whether to spell "trademark" as "trade mark" -- so they treat the reader to a smattering of each. If you stick to one formulation, the task of the editor is simpler since he knows what to look for. But don't think that all the editor needs to do is to select his "change all" feature and correct each unaccepted spelling: this has the unfortunate effect of additionally changing the correct spellings in the titles of books, articles and chunks of quoted text.

4. 'It' and 'This'. Very common words in the English language, 'this' and 'it' are loyal servants of the writer's meaning when properly deployed. However, when used at the beginning of a sentence, they can have the effect of throwing the reader back to the previous sentence, or sometimes the previous paragraph, to establish precisely what the 'This' or 'It refers to. The writer will always know, but the reader may not.

5. Sympathy. It is a rare author indeed whose interest in intellectual property law is so pure and detached that it enables him or her to analyse issues entirely dispassionately. We all intuitively side with the owner or the user, the retailer or the consumer, the proprietary drug company or its generic competitor, as we are bound to recognise if we are honest.

Before writing, however, the author should ask whether it is necessary for the reader to be made aware of the writer's sympathies. Will it enhance the reader's appreciation of the problem, or of a court's solution to it? Many writers subconsciously drop words such as "(un)fortunately" into their prose, thus giving the flavour of partiality to their dissection of a legal issue. Others opt for more emotive terms which indicate their preference ("pirate", "troll", "rapacious", "greedy", "purely innocent", "monopolist"). I would not say that personal sympathy has no part to play at all, but rather that (i) the writer should be aware of the extent to which he may be displaying it and (ii) it may be more honest to declare one's interest at the outset than to drip-feed it to one's readership.

6. Look front and back. When buying a new car, you can be sure that if the front is a Toyota, the back's a Toyota too. The same can't be said when receiving a new article. The front bit states the author's aims and the back bit should reflect them. However, sometimes a substantial period may elapse between an author commencing the write-up and later finishing it; much may have happened during that period too -- a new legislative proposition, an unexpected legal decision or a decisive technological development. Any of these events may have caused the author to shift the perspective of the article in the course of writing it.

The reader, if he starts reading at the end of an article, should be able to gather from the author's concluding comments what it was that the author set out to establish initially. If that can't be done, there is a mismatch between front and back. In such a case the author should either rewrite his statement of objectives so as to describe his target as that which he has indeed hit (this is usually the easier path) or should revise the end to match the beginning.

7. Mind how you cut and paste. Most of us take the facility of cut-and-paste for granted now, having forgotten the inconvenient aura of textual paralysis imposed upon our writings by the manual typewriter. It is not always appreciated that cut-and-paste, particularly when done at speed, is an art. When the editor reads "On the other hand" followed, some lines later, by "One the one hand", when he is puzzled by a footnote to a work which is described as "cited above" but which isn't, and when he finds an organisation referred to by its initials or acronym on the third or fourth occasion on which it is mentioned, indelicate speed-pasting is often the most plausible explanation. 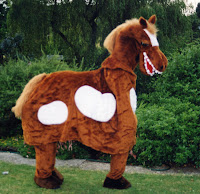 8. Two authors, one voice. Where a piece is genuinely co-authored, rather than penned by the trainee whose name appears alongside that of the partner at whose bequest the work was written, someone should read through and see if the text, rather than the content, gives away the point at which one author has taken over from another. This spares the editor from wondering whether to employ the second person or the third (eg from "You should check the termination provisions before entering the licence" to "One must guard against inadequate descriptions of licensed know-how"), whether to favour the past over the present tense when the article oscillates between the two, what to about inconsistent uses of gender and how to refer to a piece of legislation which veers at random between "Copyright, Designs and Patents Act" and CDPA. Much of the enjoyment of the pantomime horse is derived from contrast between its apparent existence as a single entity and the reality that its activities result from two distinct and separate contributions. Neither JIPLP nor its fellow IP journals are in the business of backing pantomime horses.

9. Reading is harder than writing. That is why many writers, having completed their texts, immediately submit them for publication. Many contributors would be rewarded if they read their text through at least once before attaching it to the email and pressing 'send'. They will find many gems. Sentences which begin in the singular and end in the plural, sentences with no verb at all, bold statements that diminish into meek "perhapses" by the time they reach their end, clauses from which the crucial word "not" has been omitted, the occasional "public" shamelessly parading as "pubic" -- and even the mis-spelling of either their own name or of that of their affiliation. Many of these errors will not be revealed by a spell-check, since the substitution of one correctly spelled word by another, or the omission of a necessary negative, remain within the province of the vigilant human.

10. Break every one of these rules with a good conscience if, in doing so, you enhance the ability of the reader to understand and appreciate the point which you seek to communicate.

Email ThisBlogThis!Share to TwitterShare to FacebookShare to Pinterest
Labels: style