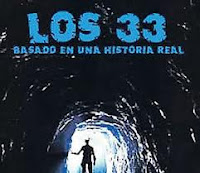 The February 2011 issue of JIPLP is now available online.  The full contents of this issue can be viewed here. The Editorial, which deals with branding issues raised by the Chilean miners rescued last year (Los 33), reads like this:

Some brands take years to mature from a mere trade mark or indicium of origin into a fully fledged promise. This promise can take many forms. In the nineteenth and early twentieth centuries, this usually meant a guarantee that branded products are reliable, repairable, durable, cheap, or functionally efficient. Thereafter, the promise has increasingly adopted aspirational content: slogans such as ‘Be sociable, have a Pepsi’, ‘Happiness is a cigar called Hamlet’, ‘Reach out and touch someone’, ‘Just do it’, and ‘Don't be vague. Ask for Haig’ tell you nothing about the goods or services in question, but say more about the manner in which the consumer views, values, or wishes to promote himself.

Branding is a slow process because it requires time to educate the consumer as to what the brand value means, and then more time for the consumer to assess the full meaning of the brand proposition, to decide if it fits the consumer's wish-list and to try it out.

Some forms of branding, for example event brands, can cut corners and accelerate the process of adoption by the public, but usually at the price of their sustainability. Thus Beijing 2008 was an immensely commercial brand proposition for businesses in the years leading up to the Olympic Games held there. Bidding for the right to use it was competitive and laws gave it extra protection. Its core values of international competitiveness and individual excellence were meaningful to consumers and producers alike—yet now the brand is all-but-valueless. London 2012 has replaced it, with Rio 2016 awaiting its turn.

Another form of brand that can spring suddenly into a state of commercial viability is that which is born of the moment, a creature of opportunity. British readers will recall how the escape of two intelligent pigs on their way to the abattoir and the way they evaded farmers, policemen, and the public at large for a week before their recapture led to the registration of the ‘Tamworth Two’ as a trade mark. A far greater event in terms of its global appeal, and far more likely to be exploited on a grand commercial scale, is the ‘Los 33’ brand, representing the dreadful plight, stalwart resilience, and unprecedented rescue of 33 trapped Chilean miners from what would otherwise have been a slow, dark, and horrific death.

But what can one do with the brand? The first thing a trade mark attorney wants to know is what classes of goods and services in the Nice Classification should be made watertight by registration. While some things are unlikely to benefit from such branding it is by examination of the brand's core values that one is likely to reach a commercially realistic conclusion.

In this case, the brand's core values appear to have fluctuated violently over a few short weeks of intensive, indeed intrusive, media attention. The 33 miners, first thought to be irretrievably lost, were then reckoned to be subject of a long-term rescue that would leave them in (for most of us) unimaginable discomfort for half a year while a by-no-means-guaranteed rescue was planned and executed. From victims they morphed into heroes as their spirited and positive attitude towards their predicament shone from the suffocating dark and illuminated our own worlds. More recently, it was the seedier side of a Chilean miner's life which riveted the world's attention, as mistresses have combined or battled with lawful spouses in the battle for their bodies and their souls. Trapped, in more senses than one, Los 33 were in no position to explain, to deny, to apologize, or engage in whatever domestic damage limitation is practised to the West of the Andes.

Do these contradictory value messages add up to a marketable brand? Or will they relegate ‘Los 33’ to the realm of key-ring fobs, picture postcards, and other tourist trivia? These are not questions for the trade mark attorney to answer, yet he must be sensitive to them if he is to advise on the extent to which registration is necessary and on the contractual which bring in revenue. He must also be wise as to how the licence revenue is accounted for and shared. But that is a subject for another Editorial".