The April issue of the Journal of Intellectual Property Law & Practice (JIPLP) is now available in full online. Everyone can browse the contents list and order individual items online, while subscribers can of course read the whole thing.

The April editorial deals with the recently-past crisis over the World Intellectual Property Organization's logo and web format, which was misappropriated by a trader offering apparently official but quite worthless services. It reads as follows:


"WIPO and the cobbler's children 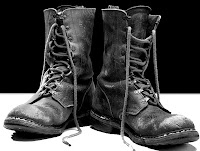 There is an old adage which owes its origin to those far-off times when shoes were made and maintained by craftsmen, not mass-produced in far-off lands, to the effect that it is the children of the cobbler—who repairs the shoes of others—who go barefoot. So preoccupied is the cobbler with the needs of others that his family's own needs go unmet.

Much the same might be said for the World Intellectual Property Organization (WIPO), the United Nations agency charged with responsibility for ‘Encouraging Creativity and Innovation’, so quotes the slogan on its home page. At the time of writing, it was more than four months since WIPO was informed of the existence of a rogue website giving an address in Prague, Czech Republic, which boasted a logo and artwork that strongly resembled those of WIPO but offered an expensive and effectively worthless directory entry. Within IP circles, considerable disquiet has been expressed with regard to the operation of a site which, had it been as brazen in its mimicry of a private sector business, would surely have been the subject of vigorous litigation to suppress it.

This episode, however it ends, has raised several issues which this editorial summarizes below.

First, is the protection of the symbols of international bodies under Article 6ter of the Paris Convention sufficient for WIPO's purposes? That provision harks back to a heraldic age and appears to impose duties upon countries of the Paris Union rather than to confer actionable rights in regard to the abuse of protected flags, emblems, and so forth under the Convention. At least one other United Nations agency, the United Nations Children's Fund (UNICEF) has registered both words and devices as trade marks, suggesting that it must have seen some advantage in doing so, in contrast with the position given by one WIPO official that the registration of its restyled logo as a trade mark in 2010 was ‘neither necessary nor useful’. In any event, Article 6ter protection would not appear to cover the imitation on one website of the artwork deployed on another. Copyright owned by national governments and international organizations does not in fact appear to be protected under any international convention, including the two so-called Internet Treaties of 1996.

Secondly, the question has been raised as to whether the powers vested in WIPO under the WIPO Convention extend so far as to enable it to embark upon litigation in national courts at all.

Thirdly, it remains unclear what provision WIPO makes with regard to the monitoring, protection, and enforcement of its own rights since there appears to have been no clear statement from that body.

Fourthly, no footnote is required for the proposition that we live in an age when infringement and counterfeiting is rampant—a proposition which many of us need look further than our spam-boxes for verification. Given that WIPO has gone to such great lengths to promote and emphasize the importance of IP rights, to educate governments, businesses, creators, and even sometimes consumers as to their importance, some members of the IP community were hoping to see strong leadership by WIPO itself in powerfully decrying the sort of practices carried out by its imitator. The feelings of those who have been misled into paying over substantial sums of money in consequence of their having been confused or deceived are not recorded, but some of their professional representatives have expressed great annoyance at what appears to be a lengthy period of silence and inactivity.

WIPO has, to its credit, maintained and updated a page on its website under the rubric ‘WARNING: Requests for Payment of Fees’, which lists bodies that invite payment of fees for non-official services. Indeed, Prague's World Intellectual Property Database features three times on it. But how many people know of its existence? It receives little overt publicity.

I believe that WIPO can do much to emphasize the importance of IP rights by giving a higher priority to the protection of its own. There is at least one precedent for this at United Nations level, where the World Health Organization has a policy of not recruiting cigarette smokers on account of the proven danger to health which that practice engenders. This shows that the WHO not only supports a set of policies but lives them. It is hoped that WIPO will do so too".