Polymorphs in the field of pharmaceutical drug development 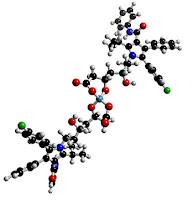 This case concerns an appeal by the proprietor from a decision of the Opposition Division revoking the patent. Pharmaceutically active molecules often occur in various amorphous and crystalline (‘polymorphic’) forms. This case involved the provision of a crystalline form of a known pharmaceutically active compound which had previously been isolated in an amorphous form. The question before the Board was whether an inventive step could be based on the improved filterability and drying characteristics of this crystalline form over the known amorphous form. The Board found that it could not.

Under Article 56 of the European Patent Convention (EPC), dealing with inventive step, ‘An invention shall be considered as involving an inventive step if, having regard to the state of the art, it is not obvious to a person skilled in the art …’.

The Board applied the classic ‘problem–solution’ approach to the assessment of inventive step. First, the closest prior art was identified and from this prior art the problem to be solved was defined:


… The board considers, in agreement with the appellant, that the amorphous form of atorvastatin, as obtained according to the processes of documents (1) and (2) … represents the closest state of the art.

The appellant defined the problem to be solved in view of this prior art as lying in the provision of atorvastatin in a form having improved filterability and drying characteristics (paragraph 5.1).

The Board then considered whether this problem was solved:


… The solution as defined in claim 3 of the main request and claim 1 of the auxiliary request relates to a specific polymorph of atorvastatin.

Having regard to the experimental results reported in document (25), which demonstrate shorter filtration and drying times for form IV compared to the amorphous form, the board is satisfied that this problem has been solved (id).


… From his common general knowledge, the skilled person would firstly be aware of the fact that instances of polymorphism are commonplace in molecules of interest for the pharmaceutical industry …

Indeed, the skilled person would also have been aware of regulatory requirements to provide information on the occurrence of polymorphic, hydrated, or amorphous forms of a drug substance … Moreover, he would be familiar with routine methods for screening for polymorphs by crystallisation from a range of different solvents under different conditions …

It follows from the above that, at the priority date of the patent in suit, it belonged to the routine tasks of the skilled person involved in the field of drug development to screen for solid-state forms of a drug substance (paragraph 5.2).

In view of this analysis, the Board disagreed with the statement in paragraph [0011] of the patent in suit (‘We have now surprisingly and unexpectedly found that atorvastatin can be prepared in crystalline form’):


… in the absence of any technical prejudice, … the mere provision of a crystalline form of a known pharmaceutically active compound cannot be regarded as involving an inventive step (contrary to the statement in the patent in suit, paragraph [0011]) (id).

The appellant–proprietor argued in favour of finding an inventive step:


… the appellant relied in support of the presence of an inventive step on the improved filterability and drying characteristics of form IV atorvastatin hydrate compared to the amorphous form (id).

In the light of this, the Board considered that the question of obviousness depended on whether there was an incentive for the skilled person to arrive at the present solution in the expectation of achieving these improved characteristics. The Board found that:


… in view of his general knowledge … the skilled person, starting from the amorphous form of a pharmaceutically active compound as closest prior art, would have a clear expectation that a crystalline form thereof would provide a solution to the problem … Although this might not be true of every crystalline form obtained … it was nevertheless obvious to try this avenue with a reasonable expectation of success without involving any inventive ingenuity (id).

The appellant also argued that the probable lower solubility and bioavailability of the crystalline form, when compared to the amorphous form, would have dissuaded the skilled person from attempting to obtain the crystalline form. The Board rejected this argument as it considered this to be a trade-off between expected advantages and disadvantages of these two classes of solid-state forms.

The appellant further argued for a finding of inventive step on the basis that a specific polymorph was being claimed rather than crystalline forms in general. The Board rejected this argument too:


… The board does not deny that there may be other options for solving the problem posed … However, an arbitrary selection from a group of equally suitable candidates cannot be viewed as involving an inventive step (id).

Although at first glance, this case seems to be purely based on specific technical considerations, it is of great interest to patent attorneys concerned with pharmaceutical patents. It is the first time that the Board of Appeal has given a clear decision that, in the absence of a technical prejudice and an unexpected property, the mere provision of a crystalline form of a known pharmaceutically active compound cannot be regarded as involving an inventive step.
Posted by Jeremy at Monday, September 19, 2011