The General Court rejected Audi's application to register as a Community trade mark (CTM) the word ‘TDI’ on the basis that the mark was descriptive and Audi failed to prove acquired distinctiveness through use in the Community.

It is common for car manufacturers to designate different specifications of a particular model of car with three or four letters and/or numbers. A classic example is GTi for a Volkswagen Golf. In many cases, the numbers or letters indicate the type or size of the type of vehicle within the range and/or of the engine. When are such initials registrable as trade marks and when should they be left available for all traders to use?

Audi and Volkswagen (‘Audi’) applied in 2003 for a CTM for ‘TDI’ for ‘vehicles and constructive parts thereof’. The main issues were whether


The OHIM examiner rejected the application on the basis of Article 7(1)(b) and (c) and ruled that the applicants had not established distinctiveness through use. The Board of Appeal dismissed the appeal (based on Articles 7(1)(c) and 7(3)).

Audi appealed to the General Court and argued TDI should be registered on the bases that:


The court held that ‘TDI’ is an abbreviation of ‘turbo diesel injection’ or ‘turbo direct injection’. This is an essential characteristic of the goods applied for. The Board of Appeal was thus correct in holding that the ground under Article 7(1)(c) applied.

Audi's argument that TDI had been registered elsewhere was irrelevant as OHIM had to apply its own test. As for any registrations for CDI and HDI (for which the public would not view them as acronyms for a description of a characteristic of vehicles), these were different marks and the position was not comparable.

The applicants relied, among other things, on market share information relating to Denmark, The Netherlands, and Ireland, advertisements, the registration of the mark in certain member states, some sales figures, and the fact that each vehicle has TDI affixed to its boot. It also argued that it only had to show acquired distinctiveness among a significant amount of the EU population.

The General Court noted that Article 7(3) requires that:


The court emphasized that the test for acquired distinctiveness is not the same as that for reputation under Article 9(1)(c). If this were not so, a descriptive mark could be registered even if it had acquired distinctiveness only in a substantial part of the EU, even though it would remain descriptive in other parts of the EU. This is contrary to Article 7(2) and the unitary nature of a CTM. 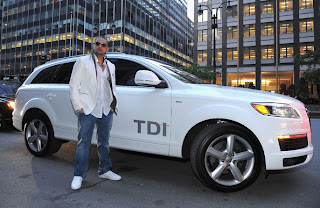 As the court had held that TDI was descriptive in all 15 member states (the number in the EU when the mark was applied for), Audi was required to prove acquired distinctiveness in all 15. However, Audi's market share evidence in relation to Denmark, The Netherlands, and Ireland was not sufficient to show that the relevant public perceived TDI as originating from a particular undertaking in those three member states, let alone in the other 12. The court explained that data relating to market share do not show that the public perceives a descriptive sign (such as TDI) as an indication of commercial origin. Acquired distinctiveness must be as a result of the use of the mark ‘as a trade mark’ (ie use indicating that the product or services originated from a particular undertaking).

This appeal related to Audi's application for TDI filed in 2003. Audi had applied to OHIM for the identical mark in 1996. That application also went up to the General Court (then the Court of First Instance). In both cases, Audi's numerous arguments were shot down. It appears that Audi's determination may be driven by the fact that other registries have registered TDI and that a couple of other car manufacturers have CDI and HDI registered as CTMs. However, as mentioned above, those arguments were found to be irrelevant.

Assuming there is no successful appeal to the CJEU, if Audi wants to have TDI registered as a CTM, it is probably going to have to educate the public more than it has done to date that TDI is as synonymous with Audi as ‘Vorsprung durch Technik‘ and ‘quattro’. Such an educational programme will have to be done through substantial and considered marketing throughout the EU for a sustained period. Whether it can succeed if it applies for TDI again, even after such a campaign, will depend on the evidence it adduces next time and what competitors have been doing in the meantime.

One point of interest is the court's assessment of Audi's advertising which was submitted in support of its application. The court upheld the Board of Appeal's view that the use of TDI was not ‘as a trade mark’ but to describe a characteristic of the vehicles. The sign TDI always appears in the adverts with another mark belonging to the applicants (eg Audi, Volkswagen, or VW). The court noted that advertising in which a sign devoid of distinctive character appears alongside distinctive marks does not constitute proof that the public perceives the sign as an indication of origin. This appears to contrast with Nestlé v Mars (Case C-353/03), the ‘Have a Break’ case, where the Court of Justice held that the distinctive character of a mark may be acquired in consequence of the use of that mark as part of or in conjunction with a registered trade mark.

Based on the General Court's comments in this decision, it would not be obvious how a car manufacturer could educate the public that a set of initials and/or numbers indicating a sub-category of a model of a car is an indication of origin, if the manufacturer cannot also use its usual indicators of origin (ie the name of the manufacturer (eg Audi) and/or the model (eg TT)) in such advertising. However, it is likely that the General Court was making a point about the quality of evidence submitted, rather than creating a principle of law. To educate consumers that TDI is an indication of origin of Audi and/or Volkswagen would almost certainly need these initials to be used alongside at least one of Audi's or Volkswagen's main marks.

Perhaps another potential difficulty with Audi's application for TDI is that TDI is used on both Audis and Volkswagens. Furthermore, a proportion of the relevant public probably does not know that the Volkswagen Group owns Audi (among other well-known car brands). Therefore, even those people who pay sufficient attention to the TDI sign may therefore believe that, because TDI is used on more than one type of car, it is thus not distinctive of one undertaking.
Posted by Jeremy at Tuesday, November 01, 2011