A court has invalidated Novartis' patent and SPC for rivastigmine as being obvious in light of prior art.

The analysis of the inventive step of a patent requires a multifactorial assessment of technical subject area. The British courts and the EPO use slightly different frameworks to assess the inventive step. In this case, the Patents Court for England and Wales has stated that the same conclusion would be used using the EPO approach. The current case looks at the validity of a pharmaceutical patent, for the enantiomeric drug rivastigmine. 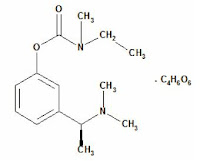 Rivastigmine is sold under the brand name ‘Exelon’, for the treatment of Alzheimer's disease (AD). Rivastigmine is an enantiomer: it contains a carbon atom which forms chemical bonds with four different chemical groups. Such enantiomers can exist in a right-handed or left-handed form. Often the first time such molecules are synthesized, the product will contain a mix of equal amounts of both enantiomers. Such mixtures containing an equal amount of both enantiomers are called racemates. The racemic mixtures can then be resolved into their individual enantiomers, for subsequent testing of their pharmacological properties.

Novartis held a patent for rivastigmine, UK 2,203,040 (the '040 patent) which had a priority date of 4 March 1987, which expired on 29 February 2008. The '040 had the benefit of supplementary protection certificate (SPC) which extended the period of protection until 30 July 2012. Generics UK commenced proceedings for the revocation of the '040 and the SPC on 3 March 2011. Given the proximity of the expiration date of the SPC, this matter proceeded to trial very quickly. In a little over six months, the matter was heard at trial on 5–7 September 2011.

The only attack brought forward by Generics UK was that the '040 patent was invalid for lack of inventive step. In consequence, the SPC for rivastigmine would also be invalid for failing to be covered by a basic patent. The obviousness case was based on the state of the current general knowledge (CGK) at the priority date and two publications.

Turning to the prior art publications, the first was a patent application by Weinstock (EPA 193,926) which disclosed the racemic mixture. The second publication was also by Weinstock from 1986 and was entitled ‘Pharmacological activity of anticholinesterases of potential use in the treatment of Alzheimer's disease’.

Floyd J found that, at the priority date, the clinical features of AD were known. Acetylcholine was a known neurotransmitter, and it was understood how acetylcholine was synthesized and acted on synaptic receptors. It was also known that there was a link between the pathology seen in AD and the acetylcholine system and it was postulated that the enhancement of the acetylcholine signalling system might be of therapeutic benefit in AD disease. This hypothesis was supported by some reported clinical data using the drugs physostigmine and tacrine.

Physostigmine was known to counteract the effect of overdoses of anticholinergic drugs and had also been shown some efficacy in AD. Physostigmine had severe limitations as a potential treatment; it caused intolerable side effects of therapeutic doses (or doses close to therapeutic) and has duration of action of typically 30 minutes. Although there were other hypotheses, the cholinergic was regarded as the most promising to yield potential drugs to treat AD.

For the purposes of the obviousness analysis, it did not matter whether one started with the Weinstock publication or with the application. The necessary steps were to start with choosing the racemate, resolving the racemate into its constituent enantiomers, and then finally preparing a medicinal compound containing rivastigmine for the treatment of AD.

The Weinstock articles showed that the racemate was the most promising candidate disclosed from the other compounds taught to choose for further research. Therefore it would be obvious to choose the racemate to start from.

It was further agreed that this racemate could be easily separated and that the skilled team would consider resolving a racemate into its enantiomers at the priority date. The evidence was that, since the advantages of an enantiomer cannot be predicted in advance, the skilled team would resolve the racemate to test the properties of the enantiomers. The judge therefore concluded that there was nothing inventive in deciding to resolve the racemate into the enantiomers, although it was noted that the absence of evidence from Novartis on the invention history assisted Generics UK in this regard. Once rivastigmine has been resolved, Floyd J considered it would be obvious to formulate it into a pharmaceutical composition.

Floyd J concluded that using rivastigmine for the treatment of AD was conceptually obvious from the Weinstock articles. It would also be obvious to resolve the enantiomers, and the chemistry involved in the resolution would be found to be unproblematic to the skilled team. Formulating a pharmaceutical composition of rivastigmine would be entirely obvious.

Although Floyd J applied the Windsurfing formulation to determine whether the '040 contained an inventive step, he said that his result was consistent with the problem–solution approach employed by the EPO. The problem was how to achieve the desired effect from an enantiomer starting with the racemate taught by the Weinstock articles, and the solution could be found in the common general knowledge.

In conclusion, the '040 patent was obvious and as a result the rivastigmine SPC was also invalid.

In the two most recent UK cases involving the obviousness of pharmaceutical enantiomer patents, Lundbeck (House of Lords) and Daiichi (Court of Appeal), the patents were held to be inventive, although the priority dates were later than in these cases.

Floyd J pointed out that an obviousness analysis will always turn on the facts of the individual case. In this case, the evidence was that the chemistry involved in the resolution of the enantiomers was straightforward and posed no problems to the skilled team to produce the enantiomers from the racemate, whereas, in Lundbeck and Daiichi, the chemistry involved in resolving the individual enantiomers from their respective racemates was not straightforward.

Novartis's case on obviousness was not aided by the fact that it did not lead evidence on the history of its invention. Although the patentee is not obliged to bring forward such evidence, this case illustrates the importance of this type of evidence, particularly where validity is at stake. This case shows that patentees should be reluctant not to lead evidence of their invention story when resisting an obviousness attack.
Posted by Jeremy at Thursday, December 08, 2011