GTI: descriptive or not?

In a recent decision, the General Court of the European Union rejected an appeal by Volkswagen AG (‘VW’) against a decision by an Office for Harmonisation in the Internal Market (OHIM) Board of Appeal Board (Decision R 749/2007-2 of 9 December 2008), confirming rejection of an opposition filed by VW against an application by Suzuki Motor Corporation to register the words SWIFT GTi as a Community trade mark for goods in Class 12.

The Community Trade Mark Regulation (207/2009) provides that a sign shall not be registered as a Community trade mark where, among other things, it is established that there exists an earlier registered trade mark which is registered for the same or similar goods and where, on account of the similarity of the respective marks, there was a likelihood of confusion. 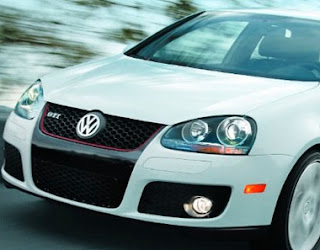 VW filed an opposition based on their German registration dating from September 1995 for the mark GTI alone in Class 12, and a similar International registration effective in 14 other now EU territories dating from June 1999. The relevant goods were for all purposes identical.

Suzuki requested proof of use in a number of the territories and VW did provide some evidence. The sufficiency of this was contested in argument by Suzuki, as was the likelihood of confusion. Evidence relating to this and the nature of the mark was also filed.

The Opposition Division at OHIM rejected the opposition, saying that the evidence of use submitted was insufficient to establish genuine use. There was no other decision on the merits of the case.

VW appealed, not least because there was also some dispute about the dates of the relevant use period following an administrative glitch when the Suzuki mark was republished after a correction. Further evidence of use was submitted, as was further argument regarding the likelihood of confusion.

Suzuki had filed strong evidence which not only illustrated the descriptive nature of the VW mark but also showed that marks including the letters GTi were in common use as a descriptive element by numerous car manufacturers in various European countries, including Germany, during the 1980s and 1990s, both before and after the German and other registrations for GTI on which VW had relied.

Ignoring some technicalities regarding the territorial extent of some of the prior rights relied on and the dates of the ‘proof of use’ period, the Appeal Board believed the evidence clearly to show the letters GTI to be a form of technical description (the initials for Gran Turismo injection) widely used in the vehicle trade and endowed only, at the very most, with an extremely low degree of distinctiveness in the perception of the average European consumer. There was no evidence on file to support any specific circumstances affecting the German market. At the levels of both car professional and average consumer, the Appeal Board did not think these initials likely to distinguish Volkswagen cars over those of any other manufacturer. Although the word ‘SWIFT’ did have some descriptive character, they took the view (distinguishing over Case C-120/04 Medion AG v Thomson multimedia Sales Germany & Austria (THOMSON LIFE) [2005] ECR I-8551) that the combination ‘SWIFT GTi’ as applied for by Suzuki was unlikely to cause confusion with GTI alone. The Appeal at OHIM was therefore dismissed.

In the General Court, all aspects of OHIM's Appeal Board decision were reviewed at some length. During the Hearing, Volkswagen additionally claimed (for the first time) that the German public associated the letters GTI principally or even exclusively with them, and that no other manufacturers had recently been selling cars bearing the mark GTI in Germany. However, there was no evidence to this effect in the case and it was now too late to admit any (applying Case T-115/03, Samar SpA v OHIM - Grotto (GAS STATION)).

The General Court agreed with all aspects of the OHIM Appeal Board's decision and dismissed VW's appeal.

The fact that other major car manufacturers such as Peugeot and Citroen had registered and used the initials ‘GTI’ as a descriptive combination with their names before VW applied to register them alone was always going to render the mark prima facie weak and this has proved important to the determination of the case thus far. If the GTI mark alone really had become de facto distinctive of VW through use by them in Germany, evidence to this effect should have been provided. It would then have been a most interesting judgment as to whether the distinctiveness acquired outweighed the descriptive element or vice versa. More attempts at enforcement on the part of VW in Germany might also have assisted. As it was, there was only one instance of enforcement and this was brought after the opposition proceedings had started. If Suzuki go ahead and use SWIFT GTi in Germany, will Volkswagen have a go at them?
Posted by Jeremy at Sunday, May 13, 2012