A mark can become generic by two quite different routes. First the mark can be guilty of original generic sin. We do not allow the registration of the mark ‘Table’ for tables because to do so would be to grant the trade mark owner a monopoly over the common name of the product itself. As a result, we would allow the trade mark owner to gain an unfair competitive advantage. A generic mark in this sense is a legal non-starter.

There is, however, a second way that a mark can become generic, namely, to acquire genericness after initially having been a distinctive identifier of source. Examples are aspirin and linoleum. Each of these was once protected as a distinctive trade mark. However, the product identified by each of these marks became so successful that the mark no longer served to identify the source of the product, but became the name of the product itself. The paradox is that it is the very success of the product that sows the seeds of its ultimate legal downfall. It is possible that one can be too successful for trade mark purposes, when success leads to a result that contradicts a bedrock proposition of trade mark law, namely that a trade mark must function as an indicator of source. 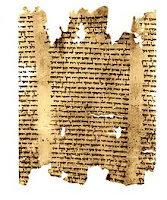 Two decades ago, the courts in Israel, in a case popularly known as ‘The Dead Sea Scrolls Case’, were called upon to decide whether the textual reconstruction of certain ancient parchment fragments was protectable under copyright. The physical fragments themselves were first reassembled as best as possible, much as a jig-saw puzzle; however, there were still a number of lacunae in the text (similar to missing pieces in the puzzle). A scholar was called upon to complete the missing text but, before he could publish his finished scholarly work, a copy was published without permission by a popular biblical studies journal.

The court (upheld on appeal) ruled that the text as reconstructed was a protected copyright work. But in so doing, the court chose to ignore the paradox inherent in its decision. If one assumes that the scholar did his job properly, then there is only one possible (correct) text. But if that is true, then in effect there is a merger of the text with its underlying idea. Under the merger doctrine (which is recognized in various countries, such as the USA, but apparently not in Israel), when there is the merger of idea and expression, there is no copyright protection in the work.

So what do these two examples of IP paradox teach us? The generic trade mark issue is an example of where doctrinal coherency prevails. If the mark no longer serves to identify the source of the goods, for whatever reason, the mark is no longer worthy of trade mark protection, no matter how ‘successful’ the product. This is so, even if the trade mark owner has taken all possible steps to blunt genericity. The Dead Sea Scrolls Case shows how a paradox that results from applying first principles of copyright law to the specific circumstances of academic research can simply be ignored by the court. Indeed, the presence of an explicit statutory exception would have made it easier for the court to recognize the paradox, safe in the knowledge that the paradox would be sanctioned as a matter of law".