The Supreme Court of Canada unanimously confirmed that a substantial part of the respondent's work had been copied by the appellants. 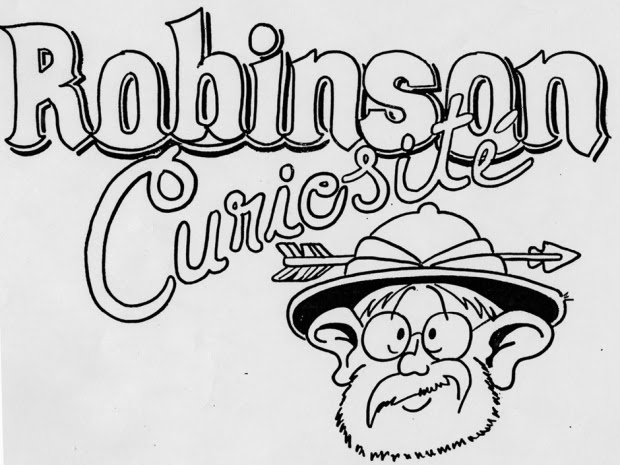 In 1985 Robinson's work was registered with Canada's Intellectual Property Office. The registration identified Robinson as the owner of The Adventures of Robinson Curiosity (‘Curiosity’) and Les productions Nilem Inc (‘Nilem’) as the owner of the rights to the work. Robinson was the sole director and shareholder of the corporation Nilem. From 1985 until 1987 Robinson and Nilem worked on getting support for the production of the project.

In 1986 Cinar Corporation was hired to promote the project in the United States and to provide general advice. Robinson gave directors of Cinar, Ronald Weinberg and his late wife Micheline Charest, copies of his work. Nothing came of their efforts to find support in the United States.

In 1987 Robinson partnered with another company (Les Productions SDA Ltée) to produce the work into a television show. Through the partnership two more corporations were formed, Curious Island Productions Inc and Curious Island Enterprises Inc. After this partnership was developed, Robinson and SDA attended a convention in France where they presented Curiosity to a creator of children's shows, Cristophe Izard. However, after the project failed to attract support and stalled, the two new corporations were dissolved in 1990.

In 1995 Robinson watched a children's television show called Robinson Sucroë (‘Sucroë’) and saw several striking similarities to his work Curiosity. He launched an action for copyright infringement against the appellants.

At trial (2009 QCCS 3793), Justice Auclair found for the creators of the work. Noting that Curiosity ‘was an original work protected by copyright, that the creators of Sucroë had copied Curiosity, and that the features reproduced in Sucroë represented a substantial part of Curiosity’ (2013 SCC 73, para 11). The Court of Appeal upheld the trial judge's decision for the most part (2011 QCCA 1361). Variations were only made with respect to the personal liability of one of the parties and the overall quantum of damages originally awarded.

Substantial taking requires a careful balancing. An author's skill and judgment must be balanced the need for a robust public domain. The Chief Justice herself noted:


The need to strike an appropriate balance between giving protection to the skill and judgment exercised by authors in the expression of their ideas, on the one hand, and leaving ideas and elements from the public domain free for all to draw upon, on the other, forms the background against which the arguments of the parties must be considered. (2013 SCC 73, para 28)

The Court embraced the trial judge's ‘holistic’ approach in determining the nature and quality of the taking (ibid, para 33). The Court also doubted whether a wholesale incorporation of the American ‘abstraction-filtration-comparison’ approach into Canadian law was appropriate. At paras 33–35 the Court stated:


The trial judge found that the Cinar appellants copied a number of features from Robinson's Curiosity, including the visual appearance of the main protagonist, the personality traits of the main protagonist and of other characters, visual aspects of the setting, and recurring scenographic elements. He concluded that, considered as a whole, the copied features constituted a substantial part of Robinson's work.

The Cinar appellants argue that instead of applying a holistic approach, the trial judge should have applied a three-step approach requiring him to (1) determine what elements of Curiosity were original, within the meaning of the Copyright Act; (2) exclude non-protectable features of Robinson's work (such as ideas, elements drawn from the public domain, and generic elements commonplace in children's television shows); and (3) compare what remains of Curiosity after this ‘weeding-out’ process to Sucroë, and determine whether a substantial part of Curiosity was reproduced.

The approach proposed by the Cinar appellants is similar to the ‘abstraction-filtration-comparison’ approach used to assess substantiality in the context of computer software infringement in the United States: see Computer Associates International, Inc. v. Altai, Inc., 982 F.2d 693 (2nd Cir. 1992) … It has been discussed, though not formally adopted, in Canadian jurisprudence: Delrina Corp., at paras. 43–47. I do not exclude the possibility that such an approach might be useful in deciding whether a substantial part of some works, for example computer programs, has been copied. But many types of works do not lend themselves to a reductive analysis. Canadian courts have generally adopted a qualitative and holistic approach to assessing substantiality. ‘The character of the works will be looked at, and the court will in all cases look, not at isolated passages, but at the two works as a whole to see whether the use by the defendant has unduly interfered with the plaintiff's right’: J.S. McKeown, Fox on Canadian Law of Copyright and Industrial Designs (loose-leaf), at p. 21–16.4 (emphasis added).

Indeed, Curiosity may have sparked this litigation, but the Court left no doubt as to the principles to be applied. ‘Substantial taking’ is a holistic endeavour. Qualitative aspects of the plaintiff's work must be compared against the defendant's work. Those aspects may include ‘perceptible’ similarities that can be directly observed' and ‘intelligible’ similarities (such as themes, structure and atmosphere).
Posted by Jeremy at Wednesday, February 19, 2014