Passing off: Another ‘no’ from the Court of Appeal on survey evidence 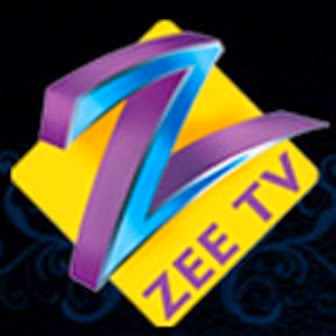 In Interflora Inc v Marks and Spencer Plc [2013] EWCA Civ 319, Lewison LJ set out a strict test in relation to adducing survey evidence in trade mark cases, namely that ‘a judge should not let in evidence of this kind unless the party seeking to call that evidence satisfies him that (a) that it is likely to be of real value; and (b) that the likely value of the evidence justifies the cost’. Some uncertainty remained after the Interflora cases as to whether the tests as set out in them could be extended to survey evidence in passing-off cases, given that Lewison LJ had made certain obiter comments about different considerations coming into play in relation to passing-off cases, since it was necessarily a different legal question.

The appellants, Zee, owned a number of satellite and cable television channels, including Zee TV. In November 2011, zeebox Limited launched a free app marketed under the name ‘zeebox’, which acted as a second screen companion for use while watching TV. Zee issued proceedings against zeebox for trade mark infringement and passing off in July 2012. Zee carried out a pilot survey in September 2012 and a second pilot survey in May 2013, although the questions used in each survey were largely identical. Zee then sought permission to adduce survey evidence in support of its passing-off case, claiming that the surveys showed deception among the British Asian population. Birss J refused permission to conduct a full survey at an interim hearing in June 2013, finding that the survey failed the ‘real value’ test as set out by Lewison LJ in the Interflora cases.

Zee appealed to the Court of Appeal, citing five grounds of appeal:


that the judge failed to differentiate, in applying the real value test, between passing off and trade mark infringement cases;

that the judge failed to appreciate that the relevant public was a cultural and linguistic subsection of the UK public and not the population at large;

that the judge took too strict an approach to the real value test;

that the judge failed to take account of the fact that he had not found any criticism of the surveys to be proved; and

that the judge made errors in the assessment of the likely costs.

The Court of Appeal dismissed the appeal on all five grounds, and refused permission to adduce the survey evidence, upholding the judgment of Birss J for additional reasons. Floyd LJ delivered the leading judgment, with Lewison LJ adding additional comments in his assenting judgment. The Court of Appeal found that Birss J should have gone further in deciding the value of the survey itself, and felt bound to exercise his discretion afresh. The most significant factor was that the survey was obviously flawed, and that any marginal value that it might have had was outweighed by the disproportionate costs of introducing such evidence. Whilst there was a balance to be struck in considering that the appellants would be prevented from adducing potentially relevant evidence, the Court of Appeal held that the ‘balance came down heavily in favour of refusing permission for the survey evidence’.

The Court of Appeal did not raise any issue with Birss J's application of the Interflora tests to this case, accepting that he had been live to the legal distinction and had not applied the real value tests too strictly in relation to a passing off case.

Lewison LJ made it clear that he had not intended his judgment in Interflora to invite a mini-trial of the strength of the parties' cases at the stage of deciding whether to allow a survey. The real value test is not intended to invite the court to evaluate the likely outcome of the case. If there was a special factor about the goods or services, or their consumers, survey evidence may well be of real value but this was not the case here.

Subsection of the UK population (Ground 2)

The pilot surveys had been directed at British Asians in the UK. Zee claimed that the trial judge would likely have little familiarity with its channels or the reactions of an ethnically distinct market to which it was directed. Floyd LJ was not concerned by the fact that the trial judge might not be a watcher of Zee TV (or indeed, a watcher of television at all). If the trial judge were equipped with knowledge of the extent and popularity of Zee's channels, he would be capable of assessing the susceptibility of watchers of those channels to any alleged deception when confronted with the zeebox sign. Floyd LJ saw nothing in this case which would not be readily understandable by the trial judge since the case concerned the delivery of television services to people in the UK.

Criticism of the survey (Ground 4)

The use of leading questions in the pilot surveys was criticized and, in particular, the fact that survey respondents were told that zeebox is an app or website ‘relating to TV’. The Court of Appeal found that this was unfair, given that no further information was provided as to the precise nature of zeebox's service. There was also criticism of the acontextual display of the zeebox sign in the survey, with Lewison LJ noting that, even in cases of alleged trade mark infringement, the acontextual comparison of mark and sign had been abandoned. The show card depicting the zeebox sign as shown to the survey respondents did not accord with how real-world users would encounter the zeebox app.

The Court of Appeal found that the judge had not gone far enough in considering the survey itself. The reliability of the survey forms an important part of the real value determination and this survey had ‘obvious flaws’.

The cost of introducing the survey evidence (in the region of £100,000) was a factor that the judge could and should have properly borne in mind when making his decision. The estimated costs of £100,000 were found to be significant, especially when viewed from zeebox's perspective as a small start-up company.

Parties should give careful thought to the design of any pilot survey since the pilot survey will ultimately inform the full survey, if the court grants permission to proceed with a full survey. The court will consider the design of the survey and the questions in some depth in deciding whether to grant permission to adduce survey evidence. Survey questions should be drafted carefully and respondents to the survey should not be shown a mark and sign in circumstances devoid of context. Further, a survey should take care not to introduce factors that would not be present in normal use, and an attempt must be made to minimize the artificiality inherent in most surveys. Since passing off is a ‘real world’ cause of action, the circumstances of the real world should be present when carrying out the survey, in so far as this is possible.

It is clear that the real value test as set out by Lewison LJ in Interflora can be applied to passing-off cases despite the legal distinction between trade mark infringement and passing off. In this case, Lewison LJ has once again emphasized that survey evidence is not necessary in cases involving ordinary consumer goods or services. Parties should not seek to deploy survey evidence other than in exceptional circumstances, where the goods or services are sufficiently non-mainstream that the court is likely to need assistance by way of a survey.
Posted by Jeremy at Thursday, April 24, 2014