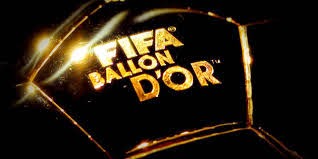 
Following the examination as to the allowability of the appeal, the Board of Appeal shall decide on the appeal.

In 2002, Golden Balls applied to register two Community word marks for some products and services in Classes 9, 16, 21, 24, 28 and 41. Intra-Presse, organizer of the FIFA Ballon d'Or competition, subsequently filed an opposition on the basis of its earlier Community ‘Ballon d'Or’ word marks, covering some products and services in classes 9, 14, 16, 28, and 41. The grounds of opposition were based on both likelihood of confusion under Article 8(1)(b) of Regulation 40/94 and repute of the earlier mark under Article 8(5) of the same Regulation.

In 2010 the Office for Harmonisation in the Internal Market (OHIM) Opposition Division ruled in favour of Golden Balls, establishing that the signs were visually and phonetically different, and that their slight conceptual similarity for a section of the relevant public (namely, the English and French speaking part) was not enough to establish likelihood of confusion and thus trigger protection under Article 8(5) of CTMR.

In 2011, an OHIM Board of Appeal partially upheld the appeal. While the marks were visually and phonetically different, the Board of Appeal found that the ‘Golden Balls’ and ‘Ballon d'Or’ signs were conceptually ‘identical or at the least extremely similar’. Accordingly, likelihood of confusion under Article 8(1)(b) CTMR could be established for all the goods and services involved, except for some goods in class 9 and all the goods in classes 21 and 24. The Board of Appeal held that it was not necessary to take into consideration Intra-Presse's claims under Art 8(5) CTMR.

In 2013, the General Court (GC) dismissed Intra-Presse's claims in their entirety, holding that the huge visual and phonetic differences and the slight conceptual adherences between the signs, globally considered, lead those trade marks to be considered dissimilar under Article 8(1)(b) CTMR. From the lack of similarity between the signs at issue for the purposes of Article 8(1)(b), the GC inferred the impossibility for ‘Ballon d'Or’ to access the extended protection provided under Article 8(5), whose application also requires ‘similarity’ between the signs at issue. Intra-Presse appealed the GC's judgment to the Court of Justice of the European Union (CJEU).

The CJEU partially annulled the decisions of the Board of Appeal, and referred the case back to the latter for further consideration and set aside the General Court's judgments. 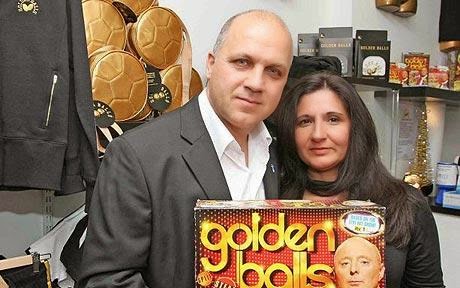 As for the GC judgment, the CJEU held that the GC erred to the extent that it had applied the same criteria to assess similarity under Article 8(1)(b) and Art 8(5) of the CTMR, inferring from the lack of similarity between the signs at issue for the purposes of Art 8(1)(b) that the application of Article 8(5) had had to be excluded.

In this regard, the CJEU made reference to its earlier case law according to which the degree of similarity required under Article 8(1)(b) CTMR, on the one hand, and Article 8(5) on the other, have to be assessed differently. Indeed, while application of Article 8(1)(b) is conditional upon a degree of similarity between the signs at stake leading to a likelihood of confusion, a lower degree of similarity is required to trigger the protection of trade marks with a reputation under Article 8(5), such similarity existing whenever the relevant public made a connection between those marks or established a link between them (Ferrero v OHMI, C-552/09 P, EU:C:2011:177). Consequently, the CJEU continued, claims based upon Article 8(5) could be manifestly dismissed only when no similarity at all existed between the marks at issue. As the GC found ‘Golden Balls’ and ‘Ballon d'or’ to be slightly similar on a conceptual level, it erred in law as it had ruled out the application of Article 8(5) without ascertaining whether that faint degree of conceptual similarity was nevertheless sufficient for the relevant public to establish a link between those marks.

This decision illustrates how European (and, even more often, national) courts have still not fully metabolised the true nature of the extended scope of protection granted to reputed trade marks (CTMR, Art 8(5)) and how it diverges from traditional protection based upon likelihood of confusion (CTMR, Art 8(1)(b)). In this case the CJEU stresses again that the different degrees of similarity required to trigger those two levels of protection lead to an obligation for the courts to carry out two separate assessments in case of actions involving claims under both Article 8(1)(b) and Article 8(5). That double assessment might be avoidable only in one case, when the comparison of the two signs under Article 8(1)(b) leads to the conclusion that no similarity at all there exists between them. By contrast, whenever even a slight degree of similarity is found, it is mandatory for the court to assess whether that low level of similarity, albeit not enough to cause likelihood of confusion, could however make the relevant public establish a link between the earlier reputed mark and the later sign. The lack of such double assessment may lead to the annulment of the decision in whole or part.
Posted by Jeremy at Thursday, March 19, 2015