Upholding a decision of OHIM's Board of Appeal, the EU General Court has found that Mr Tsujimoto's wish to register his first name, Kenzo, as a Community trade mark (CTM) was ‘without due cause’ and therefore took unfair advantage of the eponymous mark of luxury fashion brand Kenzo within the meaning of Article 8(5) of the Community Trade Mark Regulation 207/2009.

Kenzo Tsujimoto, owner of US-based Napa Valley winery Kenzo Estate (makers of, among others, the Asatsuyu Sauvignon Blanc), applied in November 2009 to register the word mark KENZO as a Community trade mark (CTM) for ‘Wine; alcoholic beverages of fruit; western liquors (in general)’ in class 33. In June 2010, luxury French fashion brand Kenzo, founded by the notable Japanese designer Kenzo Takada and owned by the LVMH luxury fashion conglomerate, opposed the application on the basis of Article 8(5) of the Community Trade Mark Regulation 207/2009 (‘the Regulation’), citing its earlier Community word mark KENZO covering cosmetics in class 3, leather goods in class 18 and clothing in class 25.

The Office for Harmonisation in the Internal Market's (OHIM's) Opposition Division rejected the opposition, but that decision was reversed by the Second Board of Appeal. Mr Tsujimoto appealed to the General Court.

Mr Tsujimoto argued that, in failing to address his argument concerning his wish to use his forename, Kenzo, for a certain range of goods, the Board of Appeal had breached its duty to provide a statement of reasons under Article 75 of the Regulation. The General Court disagreed. Although Article 75 required OHIM to state reasons on which its decisions were based, there was no obligation ‘to take a position on all the arguments relied on by the parties before them’, and presenting ‘the facts and legal considerations having decisive importance in the context of the decision’ was sufficient (see Matratzen Concord v OHIM—Barranco Schnitzler, T-351/08, ECLI:EU:T:2010:263). Accordingly, the Board of Appeal's response that ‘no due cause [had] been demonstrated’, albeit short, was nevertheless adequate.

Observing that the Regulation did not confer an unconditional right to register a forename or a surname (see Prinz von Hannover v OHIM, T-397/09, ECLI:EU:T:2011:246), the court concluded that there was no due cause under Article 8(5) based on the fact that Mr Tsujimoto's first name was Kenzo. 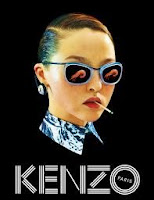 Mr Tsujimoto also argued that the Board of Appeal had infringed Article 76(2) of the Regulation by considering evidence produced by Kenzo after 18 May 2012, the Opposition Division's deadline. Once again the General Court disagreed. The court stated that Article 76(2) had to be read in the light of Rule 50(1) of the Implementing Regulation (2868/95) and not, as Mr Tsujimoto contended, Rule 20(1). Following Rintisch (C-120/12 P, ECLI:EU:C:2013:638), the court clarified that the third subparagraph of Rule 50(1) expressly provided that, when examining an appeal of an Opposition Division decision, the Board of Appeal enjoyed the discretion conferred under Article 76(2) to decide whether it was appropriate to consider ‘additional or supplementary facts and evidence not submitted within the periods prescribed or specified by the Opposition Division’. The court also clarified that, as in Rintisch, when OHIM adjudicated in the context of opposition proceedings, accepting late factual or evidentiary submissions was likely to be justified where OHIM considered, first, that the late submission was, on the face of it, ‘genuinely relevant to the outcome’ and, secondly, that ‘the stage of the proceedings at which that late submission takes place and the circumstances surrounding it do not argue against such matters from being taken into account’.

As regards Article 8(5), the court found that, first, Kenzo's earlier trade mark had a reputation based on Kenzo's evidence submitted before and, as just held, after the deadline. In particular, the evidence submitted ahead of the deadline included 400 pages on Kenzo's global advertising campaigns for its mark, covering several EU States, between 2000 and 2010, and a monograph on Kenzo Takada which, as Kenzo pointed out, was in the same series of monographs dedicated to other legendary fashion figures such as Chanel, Versace and Valentino.

Secondly, contrary to Mr Tsujimoto's view, there was a risk of an unfair advantage. Both of the marks were identical, and the earlier trade mark was inherently distinctive and had a substantial reputation. The court stated that the Board had correctly inferred that, since Kenzo's goods were at ‘the high end of the market’ for a consumer with ‘more sophisticated taste than the average consumer’ and the mark applied for by Mr Tsujimoto ‘included high-quality wines and cognac intended for equally sophisticated consumers’, a link between those goods could be established since they all ‘projected images of luxury, glamour, good taste, and social status’. Moreover, Kenzo's earlier trade mark, as the Board of Appeal found, had ‘undisputable allure’ which could readily be transferable to other luxury goods including cognac, champagne or wine. Finally, as established earlier, there was no due cause. For these reasons, the General Court dismissed Mr Tsujimoto's appeal.

The practical issue for Mr Tsujimoto is whether this decision affects his ability to trade in the EU at all under the ‘Kenzo’ name, assuming that his plan is to extend distribution of his, by all accounts, very expensive Californian wine. In Reed Executive plc v Reed Business Information Ltd [2004] EWCA Civ 159, Jacob LJ referred to Gerolsteiner Brunnen v Putsch (C-100/02, ECLI:EU:C:2004:11) in concluding that a man may use his own name even if there is some actual confusion with a registered trade mark, albeit that the amount of confusion which could be tolerated was a question of degree. Gerolsteiner, a much criticised decision on honest use, may not help Mr Tsujimoto when it comes to Article 8(5) and unfair advantage, however, particularly as the General Court here acknowledged that Kenzo's ‘undisputable allure’ could readily be transferable to wine.

Following Rintisch v OHIM, this case also provides useful guidance on the admissibility of late evidence in the context of OHIM opposition proceedings.
Posted by Jeremy at Tuesday, May 19, 2015