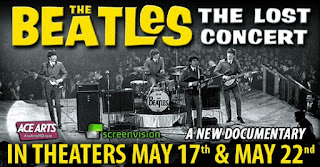 Following a kind introduction by Justin Watts on behalf of host firm Freshfields Bruckhaus Deringer, today's JIPLP 10th Anniversary Conference was opened by Sir Richard Arnold (Chancery Division, England and Wales) on the topic '“Let It Be or We Can Work It Out?”: Fair use, quotation and the Beatles case'. Sir Richard, who confessed a preference for full text PowerPoint frames over the more conventional bullet point, took the audience back to 1964 and the Beatles' US conference performance at the Coliseum, which fortuituously was taped and, together with other material, was incorporated into a documentary film, "The Beatles: the Lost Concert", which managed to use 42 minutes out of the hour and a half original tape. Sir Richard reviewed the copyright and performers' rights issues surrounding this venture, which involved a considerable quantity of copyright clearance and negotiation of synchronisation rights.

While the film's prime market was the US, the film was made in the UK, which was why the ensuing litigation came before Sir Richard in July of this year in Sony/ATV Music Publishing LLC & Another v WPMC Ltd & Another [2015] EWHC 1853 (Ch) (there were also parallel proceedings in the US, which required the court to apply both UK and Federal US law).

Before the court there were three main issues: was there a collateral contract to permit the use of the Beatles material; had there been estoppel on the part of the copyright owners and was there a US defence of fair use (the third being the subject of this lecture)? Sir Richard reviewed the non-exhaustive list of criteria to take into account when applying US fair use doctrine -- a doctrine which has not stood still since its introduction in 1976 and has been subjected to both academic and judicial scrutiny.

Sir Richard focused particularly on Judge Pierre Leval's influential 1990 article entitled "Toward a Fair Use Standard" 103 Harv. L. Rev. 1105 on transformative use ("key, but not the sole criterion"). Ultimately, does the new work merely supersede the earlier one or does it create something new? The more transformative the use, the less significant are the other factors. The fact that a use is commercial rather than non-profit may weigh against a fair use finding, but will not clinch the issue. Applying US fair use criteria to this English case, what did Sir Richard do? He concluded that the use was partially transformative, but there was little actual comment on the Beatles clips and the performances were being included for their entertainment value. The documentary incorporated 42 out of 95 minutes, which was far beyond what was necessary to establish the impact of the Beatles on contemporary culture. Overall, the use in question was not fair: it was excessive in its scale and insufficiently transformative.

Turning now to the reform of UK copyright legislation (s 30(1ZA) of the Copyright, Designs and Patents Act 1988) and the possible insertion of the words "or otherwise" into the statute governing fair dealing by quotations, Sir Richard compared the parameters of this proposal with the US doctrine. Would it have applied on the facts of Sony/ATV?  Was this use a "quotation"? Was it a "fair dealing" and was more copied than was necessary for the user's purpose? (there being no need to establish the the original work was published and that there was sufficient acknowledgement). This use would be a quotation of the work, rather than from it.  Would the result of Sony/ATV have been any different under UK law? No -- though the fact that the quotations defence is not limited to any specific purpose for the quotation.

Next to speak was Anna Carboni (Redd), on the topic "Marks and names, labels and litigants" -- or rather on the subject of "Cats, KitKats and IPKats".  Anna opened with her recollections of SABEL v Puma, when a full panel of the European Court of Justice (as it then was) first explained the meaning of Article 4(1)(b) of the then Trade Marks Directive 89/104.  "Analogous semantic content" between two marks was not, it seemed a ground on which one was obliged to conclude that there was a likelihood of confusion.

Anna then took the audience through the CJEU ruling in Case C-383/12 P Wolf Head. What evidence of detriment to distinctive character through change in the consumer's economic behaviour was required? Said the court, evidence of a "serious risk" was needed, but this must be based on logical deductions and not mere suppositions.  Eventually the Wolf Head mark was allowed to go to registration, but we still need examples of actual cases of real evidence -- something that the CJEU and General Court have been unable to deliver.

Next came an excursus into the world of non-traditional marks, with an explanation of the Community trade mark application by MGM to register the roar of a lion.  OHIM struggled with the sonogram that had been submitted as a representation of the roar, and with the absence of verbal guidance as to its interpretation.  Following the CJEU ruling in Sieckmann on the criteria of registration of non-traditional marks, the OHIM Board of Appeal still rejected the appeal but this gave MGM the chance to reapply with a more descriptive form of sonogram.   Things will soon be changing: the "graphical representation" requirement will be replaced by any form of description or recordation that enables examiners and members of the public to understand what has been registered.

Anna then turned to the sagas of two Nestlé applications: these related to the Have a Break slogan and the shape of the four-fingered KitKat chocolate bar. In the Have a Break case (Case C-353/03), the CJEU confirmed that, for the purpose of distinctive character acquired through use, "use" meant "use", regardless of whether it was use by itself or in conjunction with another mark, so long as consumers would regard it as serving a trade mark function. As for the four fingers, survey evidence showed that very large proportions of surveyed members of the public recognised the four fingers were attached to the Nestlé product, but not that they relied on it when identifying Nestlé's goods.  UK case law however required some form of reliance.  This triggered a reference to the CJEU on, among other things, whether reliance was part of EU law too -- a puzzling reference since the CJEU rewrote and only partially answered the questions referred.
Posted by Jeremy at Thursday, November 26, 2015