"Dealing with commercial change: from Scandecor to Starbucks" was the next presentation, by another JIPLP founder member, Neil Wilkof (Bressler & Co).  Trade mark law didn't just happen, he explained; rather, it evolved as a response to what businesses actually do.  Scandecor dealt with the notion of a bare exclusive licence, where the owner of the mark was not the user of the mark, and vice versa. With quality control, there was a single source for the mark, which could therefore serve as a badge of origin.

Scandecor recognised the fact that commerce had changed since the 19th century, when trade mark statute law was first passed, passing off law began to develop and trade mark licensing of any kind was not the norm.  Now, to confine trade mark protection only to the business that actually uses the mark would be unrealistic, Neil said.  19th century legislation and the Trade Marks Act 1905 made no reference to licensing.  Now we come to the Trade Marks Act Act 1938 ("the greatest statute ever drafted"), which instituted the notion of the "registered user", which preserved "single source" doctrine while allowing multiple users. Now the Trade Marks Act 1994, with a broader definition of "trade mark" and a removal of the registered user requirement has unshackled the law relating to licensing practice.

Neil then addressed the Starbucks litigation, over the attempt to prevent the introduction into the UK of a Hong Kong based NOW TV service, in the face of a local plan by Sky to launch its own NOW channel. The UK Supreme Court affirmed that the passing off requirement for goodwill must require proof of local goodwill. This means that there must be a UK customer base: mere access to the programmes via the internet, or familiarity with it, ie reputation, on the part of Chinese viewers in the UK, is insufficient.

In this context, Neil referred to the Australian ConAgra ruling, which like Scandecor surveyed actual business practice, but stated that the law was no longer in accord with business practice.  Starbucks rejected this approach and refused to allow a passing off case to be founded on reputation alone. The mere fact that change causes uncertainty in business should not bar changes in law is no excuse: it would mean that the common law would never be able to change.

Neil's fundamental question was this. The great advantage of the common law was that, unlike the statute law which was writ in stone, it could shift flexibly in response to changes in commerce. So what had happened to it?

Neil was followed by "Competition law and IP: a new era of encroachment?" by Christopher Stothers (Arnold & Porter). This was a subtle reference to "eurodefences", a last-ditch and desperate attempt to escape liability, sometimes called "the infringer's defence". Such a defence has never succeeded in a UK trial, he added. It was initially the job of the trial judge to strike such defences out, and for the Court of Appeal to reinstate them. 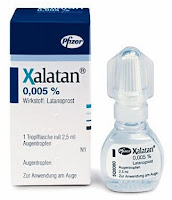 Christopher -- who disclaimed the allegation that he was a competition lawyer and maintained that he really was an IP man -- then reviewed some of the British case law on the subject, taking in Oracle v M-Tech, where the Supreme Court held that, whether there was a good claim that competition law had been breached by the IP owner or not, it wasn't a defence to an action for IP infringement. He also discussed the Italian Xalatan litigation in which Pfizer's conduct -- perfectly normal when viewed from the perspective of IP owners -- was held anticompetitive. Other cases discussed included the complaint over Apple's differential pricing of iTune downloads, ingeniously resolved by doing nothing and simply waiting for a shift in the relative value of the euro and sterling.

Competition authorities don't really understand how the IP system works, which is a problem -- as is the fact that they have to be seen to be helping consumers. But what can we do about it?  There's a need to explain things better and more clearly, since competition authorities will make better decisions if they understand IP law, and how it's used in a business context, better. Also, if IP doesn't fix itself quickly, competition law may be invoked to fix it. Patent trolls and abuse of the facility of bifurcation by suing for infringement in Germany were cited as examples.
Posted by Jeremy at Thursday, November 26, 2015