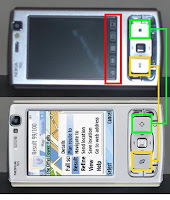 JIPLP has received the draft of an article by two respected Dutch lawyers on the decision of the High Court for England and Wales earlier this year in the controversial case of Nokia v Her Majesty's Revenue and Customs. In this decision the judge declined to take a broad view of the scope of the European Union's Regulation on the suspension from circulation of goods suspected of being counterfeit when he held, following a close analysis of the European Court of Justice's case law as well as the relevant legal provisions, that a consignment of undeniably counterfeit Nokia phones and accessories could not be seized at Heathrow Airport, London, since -- despite their physical presence in the European Economic Area -- they had not been put on the market there.

We understand that Nokia v HMRC is currently under appeal to the Court of Appeal, and that the appeal will be heard later this month. It is now the authors' intention to submit for publication in JIPLP a revised version of this paper, which will take into account the decision and the reasoning of the Court of Appeal. In the meantime, it is being posted on this blog so that interested readers can view the draft and make pertinent comments concerning it to the authors.

The full text of the draft article can be accessed as a Word document here and its authors, Frank Eijsvogels and Willem Hoyng, can be contacted via the website of Howrey LLP's Amsterdam office.
JIPLP subscribers should be aware that a Current Intelligence note on the High Court decision in this case ("Fakes in Transit Would Not be Counterfeits" by editorial panellist Marius Schneider) will be published in the journal's January 2010 issue and will shortly be made available online through JIPLP's Advance Access service. Marius, incidentally, will be guest-editing the May 2010 issue of the journal, which will have a special focus on anticounterfeiting and enforcement measures such as those which are addressed in this article.
Posted by Jeremy at Thursday, November 05, 2009

Email ThisBlogThis!Share to TwitterShare to FacebookShare to Pinterest
Labels: detention of suspected infringements