The holder of an internationally registered trade mark designating the European Community is entitled to file a ‘Community’ application for customs action under Article 5(4) of Regulation (EC) 1383/2003 of 22 July 2003, just like the proprietor of a Community trade mark.

The European Union's ‘border measures’ Regulation 1383/2003 empowers the customs authorities of the EU Member States to retain goods suspected of infringing certain IP rights in order to enable the right-holder, within a fixed term, to initiate proceedings to determine whether an IP right has been infringed or to settle the matter under the simplified procedure. The filing of an application for action with customs by the right-holder is a cornerstone of the system of border measures, since this application contains important information and a detailed description of the authentic as well as the infringing goods that facilitate their recognition and identification by the customs authorities.

Davidoff lodged a Community application for action with the competent German customs department, the Bundesfinanzdirektion Südost, on the basis of several internationally registered trade marks designating the Community. That application was dismissed on the grounds that Article 5(4) of the Regulation concerns only ‘the right-holder of a Community trade mark’ and that that the Border Measures Regulation was not amended by Community legislation despite the Community's accession to the Protocol relating to the Madrid Agreement concerning the international registration of marks of 27 June 1989 (the ‘Madrid Protocol’). 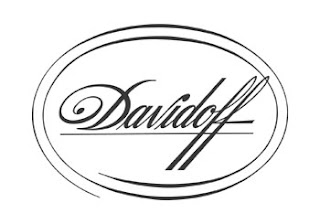 Davidoff appealed to the Finanzgericht München, which took the view that, by its very wording, Article 5(4) of the Regulation also applied to the right-holder of an internationally registered trade mark designating the Community, since such a trade mark is treated as a Community trade mark with regard to its effects in the Community. Nevertheless, the Finanzgericht München decided to stay the proceedings and to seek clarification from the European Court of Justice (ECJ).

The ECJ manifestly thought the case was crystal-clear, since it did not only decide to proceed with the ruling without the need for an Opinion of the Advocate General but also handed down a very short judgment of merely 27 paragraphs. The fact that all parties, namely the referring court, Davidoff as the applicant in the main proceedings, all Member States submitting observations, and the EU Commission, agreed on the answer to be given to the question referred probably encouraged the Court to be concise.

At the outset, the Court noted that Regulation 1383/2003 was adopted before the accession of the Community to the Madrid Protocol, its accession date being 1 October 2004.

meant to treat, as far as the practical effects are concerned, internationally registered marks as Community trade marks.

Although one may regret the fact that the operative part of the ECJ's judgment does not specifically provide that the owners of internationally registered trade marks designating the Community may lodge Community applications for action like right-holders of a Community trade mark and even though the decision contains a few typos, the judgment is to be approved.