The Patents Court (England and Wales) had to determine how to construe patent claims relating to particle-size formulations of a drug substance, whether those claims were infringed by a competitor's product, and whether the claims were obvious or insufficient.

Construing patent claims are fundamental to determining the ambit of what is claimed. Consequently, a given construction will also delineate the bounds of potential infringing and non-infringing acts. This case also reviews the inventive step and sufficiency of disclosure of patents claiming particle size formulations of a drug. 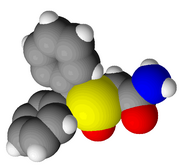 This dispute centred around the drug modafinil. Mylan intended to market modafinil, made by Orchid. Cephalon brought an action for infringement in the Patents Court, which was heard by Floyd J. Mylan contended that it did not infringe any of the Cephalon patents and that, in any event the patents were invalid for lack of inventive step and insufficiency.

Modafinil was discovered and partially developed by a French company, Lafon. Cephalon licensed modafinil in the USA and conducted further development with a view to bringing modafinil to the market as an agent to treat sleep disorders. During the development programme, it was noticed that in US clinical trials, modafinil caused more side effects than in corresponding trials conducted in Europe.

Mylan favoured the language of the claims in the '962 patent for use of a ‘substantially homogenous mixture of modafinil particles … about 95% … have a diameter of less than about 200 micrometres for the manufacture of a pharmaceutical composition’. In Mylan's view, this demonstrated that it was the particle size of the API which was claimed.

This led Floyd J to construe that the patents claimed formulations of modafinil made from API containing particles of the specified ranges. In other words, he accepted the Mylan construction that the references to particle size were the particle size of the API and not the finished tablet.

Infringement
The parties agreed that, if Mylan's claim construction was correct, the Orchid/Mylan product would not infringe, as 95 per cent of the particles in the Orchid/Mylan API were larger than 220 µm. Therefore there was no infringement.

Obviousness: drugs of the future
The patents were also attacked for lack of inventive step, in light of a publication, Drugs of the Future, and common general knowledge (CGK). It was found that the relationship between lowering particle size and improving bioavailability was part of the CGK. In developing a product, there would be motivation to improve dissolution and hence bioavailability, to improve the safety and efficacy of the drug. It would be routine to investigate the particle size with a view to improving the bioavailability of a compound, and furthermore there would be an expectation that this would be successful. Such investigations would confirm the benefits of having a smaller particle size. It would also be relatively straight forward to produce API with smaller particle size, within the ranges claimed in the patents. On the basis of this publication and the CGK, the Cephalon patents were found to be obvious.

Obviousness: Nguyen
Nguyen, a PCT application from Lafon, was published in September 1994. Nguyen was concerned with a process to produce materials useful in therapeutics, but it described modafinil formulations with a particle size of 2–5 µm. The only aspect of the Cephalon patents which was missing from Nguyen was the dosage of modafinil. Floyd J did not accept Cephalon's proposition that it would have taken significant investment to find the appropriate dose of modafinil. Had he not have found the patent obvious over CGK and Drugs of the Future, he would have required Cephalon to amend its claims to avoid this attack: Cephalon had an application to amend which was not pursued.

Insufficiency
Insufficiency was run as a squeeze argument against the construction. Mylan submitted that, if the claims covered the particle size in the final tablet, it was not sufficiently described so as to enable a person of skill to perform the invention. Starting with an API with known particle sizes, following the '549 and '962 patents, the skilled person would not have been to determine what particle size in the finished modafinil tablets would be. On that basis, the '549 and '962 patents, ie the patents claiming the formulations, were held to be insufficient. Conversely, as the '698 patent claimed a method to make modafinil formulations, it was held to be sufficiently enabled, as it contained at least one method to make the product.

The commercial benefits of such patents should not be underestimated. For the originator company, it may allow them to develop an improved formulation in the knowledge that they can maintain market exclusivity. For competitors, developing and patenting a new formulation with improved properties of a successful drug may give them a competitive advantage when they do enter the market, as they will have exclusivity on the new and improved formulation.

Such patents for competitors may also represent a strategic tool to facilitate an earlier market entry with a greater degree of certainty. Given that such drugs will be subject of several patents, if a competitor also has its own patent estate for that compound it could conceivably plot a course to market as soon as the compound patent expires, within the confines of its own patent estate.

Finally, this judgment highlights the potential issues in determining infringement of particle size patents. Often, a decision to raise infringement proceedings is based on product from the market, and this case sharply demonstrates the risks of determining particle size in tablets, in claims covering the particle size of the API: they may be one and the same.
Posted by Jeremy at Wednesday, July 27, 2011