Balancing the weight of patent infringement and damages

This note looks at the application of the relatively rarely-used defence to patent infringement of prior use and the defence to damages for infringement on the basis that the infringer was not reasonably aware of the existence of the patent.

Section 64 of the UK Patents Act provides a defence to patent infringement and also a right to continue performing the same acts where the infringer had, in good faith, begun performance of the infringing acts before the priority date of the patent or that they had made serious and effective preparations to do so by the priority date of the patent.

Section 62(1) of the same Act makes provisions that, where a patent has been infringed, no damages shall be awarded where the infringer can prove that he was not aware, and had no reasonable grounds for supposing that the patent existed. Section 62 adds that merely affixing the word patent or patented or similar to a product is insufficient to provide reasonable grounds unless it is also accompanied by the patent number. 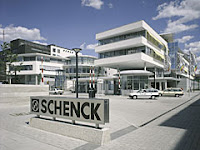 Schenck was the owner of European Patent (UK) 1 520 161. The patent relates to a balancing machine with a gripper-like device for affixing balancing weights to propeller shafts or rotors and was granted on 12 September 2007 having a priority date of 4 July 2002. Universal Balancing supplied a balancing machine, referred to in the judgment as the Green Machine, to a third party, GKN, in 2001. This machine was built on a Schenck base supplied by GKN. In 2002 a second machine was supplied to GKN from Universal Balance, again built on an old Schenck base; this is referred to as the Blue Machine in the judgment. In about March 2004 Universal Balancing sold its machines under the Name KISS-234, rather than product numbers as it had done previously.

Schenck produced a brochure which was available on its website from around 2003 which referred to ‘patented unbalance correction’ but did not make reference to any patent number. There was no evidence that Universal Balancing had seen the brochure, although ultimately the judge did not consider sight of the brochure relevant. In 2004–2005 Schenck sent a copy of the patent to GKN, but not to Universal Balancing.

Having construed the patent, the judge found that the patent in suit was not anticipated, nor was it obvious. He then turned to infringement. In short, the KISS-234 machine was held to infringe. An important element of the judge's reasoning was the presence of two lower electrodes in the KISS-234 machine which allowed it to act as a gripper-like device to enable the rotor to receive a plurality of weights, which was also a feature of the patent. In contrast, the single lower electrode of the Green Machine would not have acted as a gripper-like device to allow the rotor to receive a plurality of weights, and for this reason the Green Machine would not infringe the patent. Accordingly, the judge turned to the defences under ss 64 and 62.

Universal Balancing contended that damages should not be available prior to the meeting in July 2010, as this was the first time Universal Balancing knew of the patent's existence. The judge found that the area was a relatively patent-poor technological sphere, with a limited number of competitors and that the scope for patentable developments was relatively small.

This case confirms the very narrow application of the s 64 defence in the UK. In order to satisfy the statutory criteria, the acts relied on by the defendant pre-priority must be essentially identical to the acts carried out post-priority. What is clear from this case is that, when the courts are assessing the similarity of the acts pre- and post-priority, they will view that similarity very narrowly. The practical result is that, for a defendant, it will often be factually very difficult to demonstrate sufficient similarity where the acts differ between the pre-priority act and the alleged infringing act.

The judgment also raises interesting issues in relation to the s 62 defence and in particular in relation to steps which it would have been reasonable for the defendant to take. On the facts, the judge held that it would not have been reasonable to expect Universal Balancing to engage attorneys and conduct clearance searches, due to the area being patent-poor with limited scope for technical improvements.

However, the corollary of this reasoning is that s 62 is unlikely to be available in the same circumstances to companies with in-house patent attorneys, or in patent-rich areas where such companies are likely to have the resources. More importantly, the expectation that there are likely to be competing patents in the milieu and are all too aware of the need to perform clearance searches in areas of interest.

This decision also provides salutary guidance for patentees, who, if in doubt, should furnish information about key patents to their competitors, ideally a copy of the patent itself, to guard against the possibility that a successful claim for infringement is not met with a plea under s 62.
Posted by Jeremy at Thursday, December 06, 2012