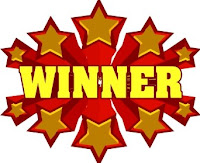 Back in August JIPLP launched a competition (details here) to find the Best IP Judgment that has Never Been Written.  The winner should have been announced some not inconsiderable time ago, and I apologise for the delay -- which is entirely of my own making.  I have been in very much in two minds what to do about judging the entries, since the competition did ask for submissions relating to the best IP judgment that had never been written, thus inviting entrants to indulge in some creative writing, but some of the most entertaining and enjoyable entries were from people who gave an account of the best IP judgment that had ever been written.  This was not the end of my woes: JIPLP also received entries that entertainingly described the terms of the best judgment that had never been written (so far, so good) -- but the subject was not IP.

In the end, having read the rules carefully, I concluded that it all came down to a question of construction. Did the words

refer to (i) the writing of an account the subject-matter of which was the best IP judgment that had never been written, or to (ii) the best account that had never previously been written concerning a previously-delivered IP judgment (whether written or delivered orally alone)?  Knowing the propensity of some of the entrants to expose new and ingenious interpretations of even the simplest and plainest of instructions, I agonised for some time before deciding in favour of the first construction.  On that basis the winner of the competition is ... David Flynn, of FRKelly, Dublin.  And Robin Fry (DAC Beachcroft) is a very worthy runner up.

Well done, David and Robin: we shall be publishing your entries soon.

Email ThisBlogThis!Share to TwitterShare to FacebookShare to Pinterest
Labels: Competition