A packed audience met today in the lovely new building of the Max Planck Institute for Innovation and Competition (MPI), Munich, to participate in the fourth in the series of JIPLP-GRUR Int seminars. The event was opened with a warm welcome from Professor Josef Drexl, followed by short addresses by GRUR President Dr Hans-Peter Kunz-Hallstein and Jeremy Phillips.

First to speak was Dr Silke von Lewinski, who addressed the position of protected subject-matter under the European Union's laws and judicial rulings. Silke reviewed the provisions of the Software Directive, the Database Directive and the Term Protection Directive which addressed specific cases in which protection was to be accorded to "the author's own intellectual creation", on what was initially been assumed by all (especially in the light of Recital 16 to the Term Protection Directive) to be the basis that in all other situations the definition of protectable subject matter

Dr Karl-Nikolaus Peifer then reviewed the concept of individuality/originality in German law. Unlike "the author's own intellectual creation", Germany requires "personal intellectual creation". Evidently these terms do not match. Karl-Nikolaus looked at the term "original" in other jurisdictions: depending on the country, it was interpreted as "personal impression" or "not copied".   Case C-145/10 Painer appears to support the requirement of there being a need for a "personal touch"; AG Mengozzi in Case C-604/10 Football Dataco addressed this contrast, effectively making a choice in favour of the (continental) personal input approach over the "not-copied" approach.

Said Karl-Nikolaus, there were five tests to be satisfied before a work was protected in German law: 'fixation' (a better word might be "expression"), 'intellectual content', 'creation' (meaning something that does not exist in nature and is not an objet trouve),  'personal input' and 'level of creativity'.  He sought to explain each of these and to pin them, where possible, to CJEU. Karl-Nikolaus then took the example of a Mondrian painting: would every painter, seeking to achieve the same effect, reach the same solution? If so, there would be no personal level of originality in it. He concluded that the German law fits well with the EU standards, though conceptually "personal" may mean more than "own".

Next to speak was Professor Antoon Quaedvlieg, speaking on the position under Dutch law, addressing minimal originality and technical exclusion.  His paradigm case was S&S v Esschert, Hoge Raad, 25 October 2013, involving an action for infringement of copyright in a fire basket (left).  Three criteria in particular were cited: was there a "personal stamp"? Does the work have its "own original character", and is it not dictated by technical criteria? On this basis, the Dutch ruling on copyright protection for scents fits with Case C-145/10 Painer and is probably right -- unless the French are right when their Cour de Cassation say that a scent is a single application of a piece of know-how. 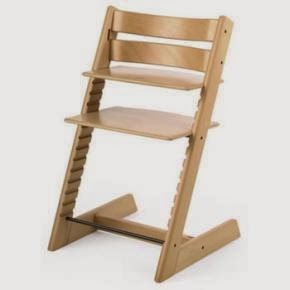 Antoon then turned to the recent Dutch rulings in the complex Stokke litigation over the TRIPP TRAPP child's chair. How much of its design is determined by considerations of anatomy and stability, or is there more to it? The Dutch court of appeal considered it a revolutionary design that deserved a wide scope of copyright protection, so long as its technical functionality is kept free. But is this decision wholly in accord with the position of the CJEU? The level of "personal imprint" required of an original work is very low: anything above "zero level" is fine in terms of copyright protection. In the Stokke case, there were two such elements, which is more than enough.

Last to speak was JIPLP Deputy Editor Eleonora Rosati, speaking on the UK position.  She started with s.1(1) of the Copyright, Designs and Patents Act 1988, which lists the descriptions of protected works: the list is a closed list and only protects those works that fall within it. This is a "pigeon-hole" approach in which, for example, different copyrights subsist in the words lyrics and the music of a song.  "Originality" only applies explicitly to authors' works.  The UK is going through a transitional phase at the moment. While the gist of Copinger & Skone James is that "a work is a work", Cornish, Llewelyn & Aplin suggest that there must be both the right sort of work and that some sort of effort must have gone into it. 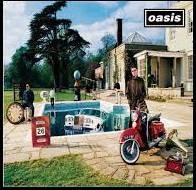 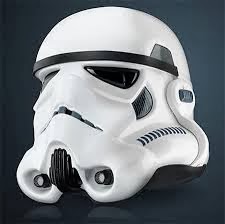 What is better, a unitary approach, recognising one set of criteria for protection, or a categorised one? Mr Justice Laddie favoured the former, while Sir Robin Jacob preferred the latter.  Eleonora illustrated the problem by reference to two "works" -- the set from which an Oasis album cover shot was taken and the Star Wars Storm Troop helmet (which was not a "sculpture").

Following these presentations and a refreshing cup of coffee, a panel discussion ensued and a good time was had by all.  JIPLP says "Thanks" to everyone concerned, and especially to our German hosts.
Posted by Jeremy at Monday, March 10, 2014