Can springboard injunctions be awarded in respect of non-infringing acts?

The Patents Court found that (i) Smith & Nephew's process for preparing silverized wound dressings did not infringe Convatec's patent; (ii) several experiments from Smith & Nephew's earlier development work, which were used to obtain regulatory (CE) authorization, did infringe the patent; and (iii) while the court was capable of granting final springboard injunctions to restrain non-infringing acts, this case did not justify the grant of such relief.

The relevant claim as amended is as follows: A method of preparing a light stabilized antimicrobial material, characterised in that the method comprises the steps of:


(a) preparing a solution comprising an organic solvent and a source of silver in a quantity sufficient to provide a desired silver concentration in said material;

(b) subjecting a material which includes gel-forming fibres containing one or more hydrophilic, amphoteric or anionic polymers to said solution for a time sufficient to incorporate said desired silver concentration into said polymer, wherein said polymer comprises a polysaccharide or modified polysaccharide, a polyvinylpyrrolidone, a polyvinyl alcohol, a polyvinyl ether, a polyurethane, a polyacrylate, a polyacrylamide, collagen, or gelatin or mixtures thereof; and

(c) subjecting said polymer, during or after step (b) to one or more agents selected from the group consisting of ammonium salts, thiosulphates, chlorides and peroxides which facilitate the binding of said silver on said polymer, the agent being present in a concentration between 1 and 25% of the total volume of treatment, which material is substantially photostable upon drying, but which will dissociate to release said silver upon rehydration of said material.

The first issue to be decided as to infringement was the construction of the concentration range of the agent used in step (c) and, specifically, the meaning of ‘1%’. (This concentration range had been introduced by the amendments made in the earlier proceedings.) Smith & Nephew's commercial process used an agent in a concentration of 0.77 per cent. Convatec submitted that this process infringed the patent because ‘1%’ should be taken to include any value which when rounded to the nearest whole number gives 1.

Birss J adopted a construction put forward by Smith & Nephew, to interpret ‘1%’ as stated to one significant figure, meaning between 0.95 and 1.5 per cent, calling it the ‘natural approach of the skilled person … in these circumstances’. He noted the asymmetry of the range according to this interpretation but did not see that as a reason to reject its use. The concentration of agent used by Smith & Nephew's commercial process therefore did not infringe the patent.

Based on the decision in relation to the first issue, the only remaining acts alleged to infringe the patent were four experiments carried out by Smith & Nephew in earlier development work which were used to generate data to obtain regulatory (CE) authorization for Durafiber Ag. Just before trial Convatec accepted Smith & Nephew's argument that a large number of other experiments fell under the ‘experimental use’ exception under s 60(5) of the Patents Act 1977, leaving only these four at issue. 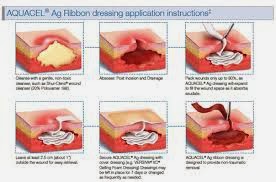 Whether the four experiments actually infringed depended on whether ‘carryover’, that is the volume of fluid brought forward from step (b), should be taken into account when calculating the concentration of agent in step (c). If carryover was not taken into consideration, the concentration would infringe the claim as construed by the judge. If carryover was calculated using a ‘theoretical’ method according to Smith & Nephew's original Process Description, the concentration would also infringe. However, according to a later-submitted ‘empirical’ method, which involved carrying out tests subsequent to the four experiments at issue, Smith & Nephew argued that the experiments were actually at a lower concentration and did not infringe the patent.

Birss J accepted that carryover should be taken into account, and concluded that the only reliable figures he had to go on were those in Smith & Nephew's Process Description where the ‘theoretical’ method been used. Accordingly, the four experiments were held to infringe the patent as amended.

The final issue to be decided was that of springboard relief. Convatec argued that the four infringing experiments which had been used in obtaining regulatory (CE) authorization had provided a springboard allowing Smith & Nephew to market Durafiber Ag earlier than if seeking regulatory authorization had followed the development of the non-infringing process. Convatec therefore sought a final springboard injunction, notwithstanding that the injunction would apply against acts that had been held not to infringe the patent.

Birss J set out the following factors to be considered in deciding whether final springboard relief is appropriate in patent cases:


i Caution is required before a final injunction is granted restraining an otherwise lawful activity. Nevertheless in a proper case it will be.

iii If an injunction is to be granted it must be in an appropriate form and for a duration which is commensurate with the unwarranted advantage relied on.

iv The court must be particularly careful not to put the claimant in a better position than it would be if there had been no infringement at all, especially if otherwise lawful competitive activity will be restrained.

He also held that the court is able to grant an injunction of the kind sought by Convatec, ie an order to restrain acts that would never have infringed a patent, but that it was unnecessary in the present case. This was primarily because he concluded that it was likely as not that Smith & Nephew would have been able to obtain marketing approval by the time of his decision even if they had never infringed the patent, as sufficient time had passed to allow them to obtain that approval on the basis of the non-infringing process. Thus it was held that the springboard had expired.

In this case, Birss J confirms that it is possible for the court to grant a final springboard injunction in respect of acts which themselves would not infringe. The judgment also sets out the factors to be considered in deciding whether springboard relief is appropriate in patent cases. Finally, the case shows that, in the absence of evidence or a patent specification suggesting the contrary, rounding to the number of significant figures expressed in the patent claim is an approach likely to be adopted by the court in interpreting numerical values.
Posted by Jeremy at Sunday, March 02, 2014