For the first time ever, Australia's highest court will consider the inherent distinctiveness of foreign laudatory trade marks.

The capacity to distinguish foreign laudatory words has come under scrutiny by Australia's highest court. The ongoing legal battle between Cantarella and Modena concerns Cantarella's registered trade marks CINQUE STELLE and ORO in relation to coffee. CINQUE STELLE means ‘Five Star’ in Italian, and ORO means ‘gold’. At issue is whether, and to what extent, the English meaning of foreign laudatory words is relevant to determining the capacity to distinguish. 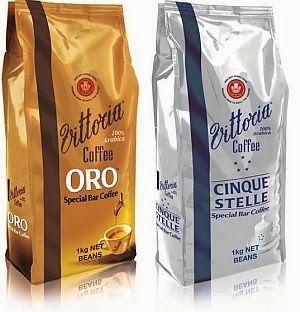 At first instance, Cantarella sued Modena for trade mark infringement, passing off and contravention of the Trade Practices Act 1974 (Cth) and Competition and Consumer Act 2010 (Cth). Modena countered that both trade mark registrations should be cancelled on the basis that neither mark was inherently adapted to distinguish coffee, and Cantarella had not used either mark for coffee. The crux of Modena's case was that each mark merely described the quality of coffee. Modena also argued that as its own use of each word was descriptive, it did not infringe either trade mark. Emmett J in the Federal Court dismissed the challenge to the registrations, finding that neither trade mark, as an Italian word, had an ordinary signification which would be understood by the Australian consumer as describing the quality of coffee. Further, as Modena had used the words CINQUE STELLE and ORO as trade marks for coffee, it had infringed each registration.

The Full Federal Court came to the opposite conclusion and, in a unanimous decision, held that CINQUE STELLE and ORO lacked any inherent adaption to distinguish coffee, as traders would understand each word to describe the quality of coffee. It pointed to the various uses by traders of ORO. The Full Federal Court also expressly stated that it is unnecessary for consumers to know what the words mean in English, but that in any event a sizeable part of the Australian community spoke Italian and would understand the meaning of each mark in relation to coffee. It ordered the cancellation of both registrations.

In oral argument in March 2014 before French CJ and Crennan J, it emerged that this was the first time Australia's highest court has had occasion to consider how to determine the inherent adaption to distinguish foreign words as trade marks. What precisely is the nature of the trade marks at issue? French CJ in the High Court recognized that both CINQUE STELLE and ORO were metaphors in relation coffee. While laudatory, coffee is not literally ‘gold’. ‘Five star’ and ‘gold’ for coffee do not stand in the same category as terms such as ‘excellent’, ‘superlative’ or ‘highest quality’, or their Italian equivalents. Crennan J also pointed out that ‘sheen’ was laudatory but nevertheless passed the test of distinctiveness.

Neither side disputed the nature of the test, but each differed on its characteristics. Canteralla's counsel argued that if the ordinary signification of each word was not such as to suggest that they were part of the common heritage in relation to coffee, how relevant is it that other traders used ORO in relation to coffee? What if much of this use occurred subsequent to the date of registration? Modena's counsel suggested that the law was flexible and involved a practical evaluation of foreign words' inherent distinctiveness, including of foreign words common in the trade, which meant that the Full Federal Court's decision was correct, in all the circumstances.

Aspects of this dispute go to the oft-times vexed question of how a trade mark's inherent adaptation to distinguish is to be assessed when it is laudatory, let alone when it is a foreign laudatory word. What, to add spice to the debate, if it is a laudatory word that catches on as a trade mark? To what extent does a multifactorial consideration of the issue help in regulating subsequent skirmishes in the marketplace? We are hopeful of five-star guidance on the freedom to use and protect foreign laudatory words in the Australian marketplace.
Posted by Jeremy at Friday, May 23, 2014