This much-anticipated decision of the Court of Justice of the European Union sets out when it might be an infringement of copyright to provide hypertext links to other copyright content on the internet. Sometimes it is. Sometimes it isn′t. Seemingly, one link can be both at the same time. 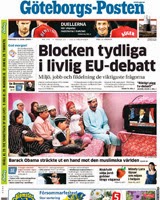 Articles written by some Swedish journalists had been published on the Göteborgs-Posten newspaper website. A third party, Retriever Sverige, provided links on its website to those articles without permission. The journalists sued Retriever Sverige for damages, claiming that the links amounted to an infringement of their rights in copyright by communicating their works to the public. It was common ground between the parties that the articles were freely accessible on the newspaper site. According to the journalists, if a user clicked on one of the links, it was not apparent to her that she had been redirected to another site in order to access the work in which the user was interested. In contrast, according to Retriever Sverige, it was clear to the user that, when she clicked on one of those links, she was redirected to another site. The Svea Court of Appeal in Sweden referred a series of questions to the Court of Justice of the European Union (CJEU).

The Svea Court of Appeal sought answers as to whether (a) the supply of a hypertext or ‘clickable’ link to a copyright work on a website without the copyright owner's permission constitutes communication to the public within the meaning of the InfoSoc Directive; (b) that assessment is affected by the fact that access to the relevant work is restricted or free; (c) any distinction should be drawn based on the impression the user received following her use of the link (such that it appeared to her as if the content is part of the website providing the link); and (d) whether a Member State might give wider protection than the right of communication to the public provided for in the InfoSoc Directive.

Unsurprisingly, the CJEU held that the InfoSoc Directive harmonized the protection so that Member States could not provide a greater level of protection. The core answer to the referring court's questions was, however, that the InfoSoc Directive must be interpreted as meaning that the provision on a website of clickable links to copyright works freely available on another website with the copyright owner's permission does not constitute an infringing ‘act of communication to the public’. To have held otherwise would have had a profound effect on the way that the internet is used and therefore functions. However, the reasoning provides a nuanced result and a potentially conflicting outcome, where a single link can be both a permitted and an infringing act of communication at the same time.

For there to be an ‘act of communication’, it is sufficient for a work to be made available to a public, irrespective of whether that public avail themselves of the opportunity. As such, the court concluded that the provision of clickable links to copyright works must be considered to be ‘making available’ of a work and, therefore, an ‘act of communication’, within the meaning of the InfoSoc Directive.

The court then turned to apply its own jurisprudence on the question of whether (by virtue of the link) there was a ‘new public’ to whom the work had been made available by virtue of the provision of the clickable links. This jurisprudence concerning a ‘new public’ was first fully articulated by the CJEU in Rafael Hoteles (Case C-306/05) on 7 December 2006 which determined that an infringing act of ‘communication to the public’ arose (despite the same works as those covered by the initial communication being made available by the same technical means) if the communication was directed at a ‘new public.’ A ‘new public’ was a class of people that was not contemplated by the copyright holders when they authorized the initial communication to the public. In Rafael Hoteles, a hotel providing an aerial, cabling and television sets to guests was communicating television broadcasts to a public not contemplated by the original broadcaster.

Here, and by analogy, the making available of the journalist's articles by means of the clickable links on the aggregator's website did not lead to the articles being communicated to a ‘new public’. The articles had already been made available to the same people to whom the clickable links were directed because the newspaper website was not subject to any restrictive measures. It was available for access by all users of the internet.

The court then added that it didn't matter whether when users clicked on the link in issue, the work was displayed in such a way as to give the impression that it was part of the aggregator's website (when in fact the article was served up from the newspaper's website).

In contrast, where a clickable link makes it possible for users to circumvent restrictions put in place by the original website on which the copyright work was first posted (and the clickable link accordingly constitutes an intervention without which those users would not be able to access the works transmitted), then all those users must be deemed to be a ‘new public’. In those circumstances, there would be an infringing act of communication to the public.

The decision makes it clear that any clickable link amounts to an ‘act of communication’. Whether the act of communication (or rather the act of making the copyright work available) to the public is an infringing act depends on (i) whether the content to which the link is made is posted with the permission of the copyright owner and (ii) whether the link makes the content available to the same audience as that of the original website. If either of these components is missing, the provision of a hypertext link automatically amounts to a copyright infringement. There are unlikely to be any saving defences.

One open question will be whether the provision of a link to a website in breach of the terms and conditions of that website might constitute a communication to the public, because the website owner only intended access to content in a particular manner. This will depend on whether a clickable link makes it possible for users to circumvent the website's restrictions without which those users would not be able to access the works transmitted.

Perhaps the most curious result is that the provision of a link to a page containing both licensed and unlicensed content will amount to both a lawful and an infringing act all at the same time. For example, consider the provision of a link to a page of news website highlighting an article written by the website owner but where that website owner has also used an unlicensed graphic work on that page. The link to the web address or URL for the webpage will not amount to an infringing act of communication to the public of the article, but will amount to an infringing communication of the graphic—even if the provider of the link had no knowledge of the existence of that graphic. The service providers that index the internet by providing links will therefore find this an unwelcome decision.
Posted by Jeremy at Friday, June 06, 2014