The Federal Court of Australia has allowed Mars' Australian trade mark application for a particular shade of purple referred to as ‘Whiskas Purple’ to proceed to registration, in respect of cat food and additives for cat food. 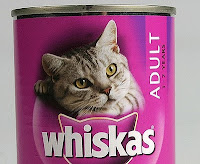 The Whiskas Purple trade mark was specifically created ‘from scratch’ for the Mars group in Europe, and is used by Mars as the principal colour of its Whiskas cat food product packaging. Nestlé's opposition to Mars' application for registration of the mark succeeded before a delegate of the Registrar of Trade Marks (Effem Foods v Nestlé SA [2008] ATMO 55, 30 June 2008) on the basis that the mark was not capable of distinguishing Mars' pet food products from the goods or services of other persons (section 41). Following Mars' appeal of the decision to the Federal Court, Nestlé withdrew its opposition to the registration, and Mars also agreed to amend its specification from the wider ‘foodstuffs for domestic pets and additives for such foodstuffs’ to ‘cat food and additives for cat food’. Thus the orders of the Federal Court were made by consent.

Notwithstanding that Nestlé withdrew its opposition to the registration and it was therefore unnecessary to consider section 41, Bennett J reviewed the evidence and concluded that Whiskas Purple, at the priority date, was capable of distinguishing Mars' goods from other cat food products and additives for cat food.

Mars contended that the trade mark was capable of distinguishing Mars' goods from those of other manufacturers because the mark is, or is to some extent, inherently adapted to distinguish (sections 41(3) and 41(5)). Alternatively, Mars claimed that the evidence established that the trade mark did in fact distinguish Mars' goods as at the filing date (section 41(6)). The Court accepted the substantial evidence adduced by Mars that it had marketed and used Whiskas Purple as an entirely new colour in Australia across the Whiskas product range both before and after the priority date. The colour was carefully developed to create a stronger brand identity and shelf-blocking in supermarkets, and functioned as a trade mark. The Court also accepted that, while other traders have used very similar shades of purple on pet food packaging, such use has not been trade mark use, and they would be unlikely to desire to use the mark as a trade mark without improper motive. Further, the Court emphasised that the registration would not prevent non-trade mark use of the purple or pink-purple colours by other cat food manufacturers, for example, to indicate a particular product variety.

Whilst the Court did not set out any principles concerning how a colour applied to goods may be inherently adapted to distinguish, the Federal Court of Australia did so in the earlier decision of Philmac Pty Ltd v Registrar of Trade Marks (2002) 126 FCR 525 (13 December 2002). There Mansfield J considered, in light of section 41, whether the registration of a trade mark consisting of the terracotta colour applied to the connecting inserts and split rings in respect of plastic compression fittings for B class/rural imperial sized polyethylene pipe, should have been allowed by a delegate of the Registrar of Trade Marks.

For the purposes of section 41(3), Mansfield J set out the circumstances in which a colour applied to goods will be inherently adapted to distinguish ((2002) 126 FCR 525 at 546):
The Court considered that point (iv) above raises two additional considerations ((2002) 126 FCR 525 at 546-7):
The Federal Court held that the mark was not inherently adapted to distinguish Philmac's goods from those of other persons under section 41(3), and that the mark applied to the split ring (as opposed to the insert) did not distinguish Philmac's goods from those of other manufacturers under section 41(6). However, the Court declined to neither reject nor accede to Philmac's application. The Court considered that the application may proceed to registration (based on the evidenced use of the mark) if it was confined to the terracotta colour applied to the connecting inserts of plastic compression fittings for B class/rural imperial sized polyethylene pipe. Indeed, Philmac amended the application and subsequently secured registration in Australia.

Use of a colour as a trade mark
The decision in Mars also demonstrates the need to show that a colour is being used as a trade mark (distinguishing the goods from those of competitors, as opposed to merely signifying a particular flavour or variety), and that registration does not prevent non-trade mark use of the particular colour.

As Mars illustrates, the registration of colour marks in Australia will undoubtedly be a contentious issue in the future, particularly if the number of applications for registration of such marks continues to rise.
Posted by Jeremy at Wednesday, September 01, 2010