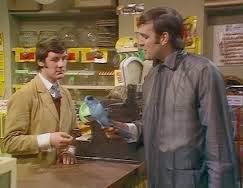 JIPLP doesn't have a regular correspondence column or letters page, but we do get the occasional letter. One such epistle comes from a distinguished contributor, Julian Cockbain, who has written a number of well researched reviews (listed below, and well worth a read) of the reality behind the possibility for parties to petition the Enlarged Board of Appeal of the European Patent Office in order to review Board of Appeal decisions which have apparently gone wrong.

The 2000 revision of the European Patent Convention (EPC) brought in the possibility for parties to petition the Enlarged Board of Appeal (EBoA) of the European Patent Office (EPO) to review EPO Board of Appeal decisions where something not quite kosher had happened. The revision took effect in 2007, and since then (to the time of writing) 115 petitions have been filed, roughly 20 per year in recent years. The majority have been filed by patentees or patent applicants.

Working with unheard of rapidity, the EBoA has decided at least 96 cases. Four have been successful, all filed by patentees or applicants rather than by opponents. These are R-7/09, R-3/10, R-15/11, and R-21/11. On three of the four (the Technical Board of Appeal for T-832/09, to which R-15/11 relates, has yet to reconsider its decision), the original decision to revoke the patent has been maintained.

This is a ‘success’ rate of 0% over five years. In three articles published by this Journal, I have commented on the factors to be taken into account when considering filing a petition to review. I stand by my position that the EBoA’s stance has been tough, not to say brutal, but fair.

Is it time for those who fail at the Board of Appeal level to be a bit more realistic when advising their clients? On the other hand, for a patentee or applicant who has failed at that level, the cost/risk ratio is very low, and perhaps the EPO should consider increasing the fee for a petition very substantially.

As a third option, the EPO could of course consider asking for the petition procedure to be extended to include true appeals on points of law that parties consider the Board of Appeal to have incorrectly interpreted.

The articles referred to above are as follows:

* "Petitions for review of European Patent Office (EPO) Appeal Board decisions by the EPO Enlarged Board of Appeal", Journal of Intellectual Property Law & Practice (2009) 4 (12): 876-892 (abstract here)