The $1 billion competition: the winners

Winners of the JIPLP competition for 2013 should have been announced last week, but the date was fixed so far in advance that the Editor, covered in embarrassment, must confess that he missed it completely.

To remind readers, the competition was a simple one.  Entrants were requested to submit a short piece of writing (between 500-600 words) which explained which five intellectual properties (or fewer) they would invest in if they were given $1 billion. Winners would be announced on the basis of their financial acumen, creativity, style and panache -- and also for how humorous their entries were.

The first winning entry comes to us from Andrew J. Foster, who is known to us only by his email address:


A Brave New World: three intellectual properties worth $1 billion in the next century

Predicting the future is, of course, magic.

Granted, this modern art of economancy relies not on the classic-yet-pedestrian ‘eye of newt’ –- rather that altogether more mystical ingredient, the projected trend –- but as a ritual by which the wise investor might choose a portfolio, the process remains notably shrouded in murk. It is fortunate, then, that for once, even to a mere trainee, the trends of the market could scarcely be clearer.

The economy is foundering. Small businesses are shrivelling away at speed, while even giants of industry draw their curtains tight against the fiscal winter. Elsewhere, consternation grips the modern world as it is revealed that America’s authorities have been conducting surveillance of citizens and governments alike on a heretofore-unimagined scale, flouting the rule of law. The National Security Agency, like the global economy, has yet to extend anything resembling a convincing apology, and thus it must be assumed that both trends will continue well into the future. 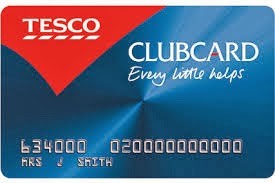 It is inevitable, in the author’s learned or at least enthusiastic submission, that thoughtful observers marvel not at the extent of governmental information-gathering, but rather at quite how little we appear to have been able to do with it. As the public realises that Orwellian-grade surveillance has ultimately failed to balance the budget, make the trains run on time or cause anyone in particular to feel any safer, pressure will surely mount for the whole colossal operation to be privately outsourced and proper use made of it. Commentators will soon identify Tesco Plc’s Clubcard division as the obvious choice, citing years’ experience using a comparable ocean of data to actually get things done, and even securing customer consent forms as a sort of charming pièce de résistance. By the time the global economic soufflé completes its extended collapse, leaving only the government and its handful of outsource-ees in business, Tesco Plc’s trade marks – our first investment – will have appreciated to the most valuable in the market. Those too late to capitalise will not mind, overly, as everyone’s needs will by this stage be met with a regular delivery of personalised vouchers for milk.

Paid for, one wonders, by whom?

Directly invoicing citizens will surely be unthinkable in this inevitable, near-socialist-utopia; yet the apparent alternative –- that is, some semblance of a tax infrastructure –- will be no less challenging in a world where the spoils of employment will for most have evaporated along with all the employers.

The solution, like all of history’s greatest, is deceptively simple. Admittedly ingenious, it mandates a second investment: specifically, in the patent portfolio associated with human cloning technology. Significant moral concerns surrounding widespread reproduction and trivialisation of the human soul may be assuaged somewhat with deliberate limitations built into the eventual hardware so that it is usable to create clones only of a single, specific human being –- in this case, rightly-renowned Ryanair chief executive, Michael O’Leary. With every department of our vast future-government run by a cloned maestro in the art of delivering a near-free service which inexplicably turns a healthy profit, the problem of funding will vanish into an intricately-crafted matrix of hidden costs and non-optional extras.

This strange future may seem a joyless place. But one last investment –- a licence for widespread use of uniforms in proprietary easyJet orange -– will secure for every man, woman and child a well of endless, spiritually-fulfilling amusement: the right to dress up as a flight attendant and tell a harassed clone that his case is three inches too wide.

Messrs O’Leary will, of course, be remunerated handsomely for their indulgence. None shall be left behind in this brave, new world.

Fortified by the knowledge that billion dollar questions, like law exam papers, are hopelessly unbounded, laced with traps, and full of outdated pop culture references, let me proceed with the ignorant bliss of an impoverished grad student full of big ideas.

For intellectual properties, Musk is your man. For intellectual property assets, as presumably the question really means, I’d dodge the minefield of ‘what is intellectual property?’, referencing thoughtful contributions by Bently and others, and hedge my bets (and examiner points) across the four main species of IP, at least to textbooks and legislators -— copyright, patents, designs and trade marks -— plus that feeble cousin, geographical indications, since everyone likes wine. I’d note that confidential information, while in the statutory IP grey zone, is often hugely important commercially. But if it’s really good, I don’t know about it, so I discount it as a strategic investment. I’d also spin a line about unfair competition and how it is still working out the house-rules with IP.

Copyright. I’d choose a friend most likely to produce a one-hit wonder, underwrite them for three years ($150,000), and contract perpetual 50% royalties for the work and all derivatives, in the hope of finding the next Harper Lee. 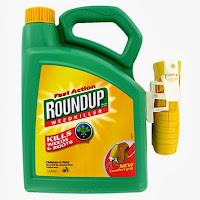 Patents. Let’s discount the obvious. There’s no money in risky, pioneering research, like that well-worn idea of drug discovery. It’s all about slick, automated businesses methods that scale fast, or, for pharma—variations, formulations and improvements that secure long-standing market dominance. Oh, that’s right: nothing the patent system is designed to protect; everything it isn’t. No matter: legal doctrine is nothing if not slowly adaptive to commercial reality (witness judicial acrobatics on computer programs and bioscience innovation). Still, I’m not prepared to stake cash on the whims of judges firing shots from national courts, EPO boards and the Frankensteinian Unified Patent Court. I will invest 10% in a reasonably safe-bet: Monsanto. It scored big with Roundup, the most successful herbicide the world has seen, and is one of the only companies globally with the wherewithal to invest in risky promising technological solutions beyond. Given the new agrochemical battleground is genetic manipulation, it is likely that innovation will happen here first and ripple through pharma and biotech.

Designs. 10% for all the sexy glasswear that is “more cool” than Google Glass.

Trade marks. The big one. 70% towards establishing a global mark and goodwill for innovative legal services. With all the disenchanted lawyers I could muster, supported by the best programmers and data-crunchers, I’d force legal market disruption. The twenty-first century will see the end of bespoke legal advice as the norm. JPlayLaw (registration pending) will be the popular legal service that is everyone’s first port of call.

GIs. The last 9.985% on emerging wine regions in a world ravaged by climate change. There’s always a silver lining, even to killing our planet.

Well done, Andrew and Julia -- and a big thank-you to all our other entrants!
Posted by Jeremy at Tuesday, January 14, 2014