Although the defendant had taken care not to infringe any rights in the design for the Henry vacuum cleaner, its replica cleaner nevertheless amounted to passing off. 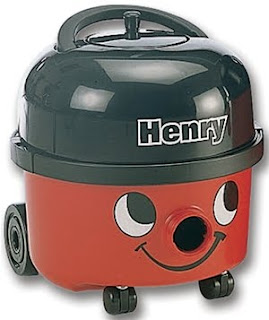 The law on passing off gives a trader a remedy against others who appropriate its reputation. In the classic formulation, Lord Oliver of Aylmerton summed up the requirements of the law in three propositions:
In Hodgkinson & Corby Ltd v Wards Mobility Services Ltd [1995] FSR 169—the ROHO cushion case—it was invoked (unsuccessfully, on the facts of the case) to protect an inflatable cushion designed to make life more tolerable for wheelchair-bound people.
The judgment also considers the conditions for the grant of a quia timet injunction, and the treatment of survey evidence.

The claimant is the manufacturer of the highly-successful Henry vacuum cleaner, distinguished by its tub shape, black ‘bowler hat’ lid, name and human face (comprising eyes and mouth decals, the hose forming a distinctly elephantine nose). The defendant has for many years traded in vacuum cleaner spare parts, originally as George Hulme (Stockport) Limited under which name it was sued for copyright infringement some 30 years ago (Hoover plc v Hulme [1982] FSR 565), and latterly under its present name in which guise it has been involved in design right litigation with Dyson (see Dyson v Qualtex [2004] EWHC 2981 (Ch)).

In 2008 Qualtex decided to enter the vacuum cleaner market with a Henry ‘lookalike’. They had concluded that provided they chose a design in which all the myriad rights that can protect a design had expired, and avoided using any registered trade marks, they would be safe. They chose the 1997-model Henry as their starting point.

Qualtex engaged solicitors to approach Numatic to apprise them of this decision and to confirm that no rights would be infringed, stressing that they would not use the Henry name or the face, or anything confusingly similar to either. Numatic's patent attorneys responded with a mention of passing off, describing Henry's appearance as ‘quite simply, iconic’. They were disinclined to engage in a hypothetical discussion, requesting undertakings from Qualtex which they declined to give them.

Numatic then instructed solicitors, who asked for samples instead of the undertakings previously demanded and expressed Numatic's reluctance to assist Qualtex with the design of their product.

Some 11 months later, hostilities reopened with a somewhat aggressive email from Mr Hulme of Qualtex to his opposite number at Numatic, asserting that what they (Qualtex) were about to show at a cleaning equipment exhibition was not the stuff of a passing-off action. In fact, Qualtex had decided to replicate one of Numatic's commercial vacuum cleaner designs rather than that of Henry: its tub was deeper and it had a circumferential skirt at the bottom, it lacked face (other than the nose) and branding, but only an aficionado would have appreciated the difference.

Although Qualtex argued that what they had shown was a prototype, they did secure some orders and advised their supplier in China that they had customers interested. Numatic's solicitors commissioned market research, eventually writing to Qualtex telling them that they were taking witness statements and asking for undertakings. Qualtex's new solicitors replied that the product was intended primarily for commercial use: one particular theme that runs through the dispute is the point that the machines might be supplied without branding, so the buyer could apply their own identifiers – perhaps as a badge of origin, but more likely as a precaution against their employees running off with the machines. At that point, Numatic commenced proceedings, and despite Qualtex having shifted their attention to producing a new design completely free from passing off worries, the matter proceeded inexorably to trial to secure the power of undertakings to the court and for the matter of costs to be determined.

The action was a quia timet one, in that the claim was that the claimant was likely to suffer damage. On the facts there was a threat to make the Henry replica, but that threat did not continue (the judge, Floyd J, found) after service of the defence, which contained an undertaking not to sell the prototype, with a carve-out in the interim injunction granted shortly thereafter by Sales J to enable the defendant to sell 100 machines which had been supplied to its Irish operation. Qualtex offered no undertaking to the court (which would have been an admission of liability) but, as the judge said, it would be wholly inconsistent with the defence for them to revert to the Henry replica. Whether that would mean that Numatic would not get their injunction was something that fell to be argued about after the trial.

Evidence of confusion was provided by market research surveys in which consumers had been asked questions, which yielded a number of witness statements and eventually a smaller number of witnesses. There was criticism of the survey, with leading questions suggesting to respondents that the product about which they were being questioned was one that the might have seen on the market (‘have you got one?’) or which was known by a name (‘can you tell me what it is called?’): a neutral form of words is required. Nevertheless, there was sufficient evidence to demonstrate that deception might be expected to take place: consumers would perceive the Qualtex machine as being a member of Henry's family.

As for the matter of passing off, the question for the judge was whether the replica, devoid of facial features (save for the unavoidable nose) and Henry name, amounted to a misrepresentation. There was no real doubt that Numatic had a protectable goodwill and reputation in the combination of features that made Henry what it was. They had educated the public to recognise the anthropomorphic character and to identify it with a particular source of goods. The omission of the name and face was not enough to avoid a passing off – the overall shape and the black bowler were the indicia of the real thing in the public eye.

The case reminds us that no area of IP law is an island entire of itself, and a clearance exercise that omits a relevant area of law is a waste of time. Design protection has a finite life. For the unregistered variety life is short, but the design may with care become evergreen as the crucial point of reference for consumers searching for specific goods. Moreover, passing off requires no intention on the part of the defendant: reciting the mantra ‘I am not trying to pass off my goods as yours’ affords no defence.
Posted by Jeremy at Monday, August 23, 2010

Email ThisBlogThis!Share to TwitterShare to FacebookShare to Pinterest
Labels: design infringement, passing off